Ludogorets again on the top after a defeat over Slavia

Ludogorets crushed Slavia with 4:0 and it’s again on the top of ranking of NEWS 7 football championship. 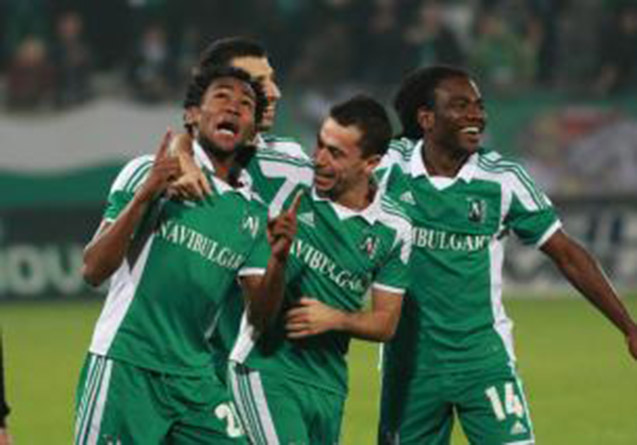 Ludogorets crushed Slavia with 4:0 and it’s again on the top of ranking of NEWS 7 football championship. The champions are leading with three points ahead of Litex, the team who lost earlier on Saturday with 1:2 as a guest of Botev in Plovdiv.

In Razgrad Ludogorets was a complete master on the pitch and could even get more expressive win. Roman Bezjak played another great match and stroke two goals. The Slovenian national player scored in third game in a row. Before that game, Bezjak hit four goals of Lyubimets and one of Chernomorets. Dani Abalo and Marcelinho scored as well.

Because of injuries of some player, Stoycho Stoev had no other option but to make changes. As a central defender started Svetoslav Dyakov instead of the recovering Alexandre Barthe. In the center of the half-backs were Espinho and Mitchell Burgzorg. During the second half-time played also Georgi Terziev, who played for Ludogorets for first time. The captain of the youth national team substituted Cosmin Moti and played in the center with Svetoslav Dyakov. Barthe, Yordan Minev, Hristo Zlatinski, Junior Caissara and Tero Mantyla. Probably they’ll be ready to play on Wednesday against Chernomorets (Odessa), match of Europa League.