Ludogorets with a historical success

The champion of Bulgaria booked a place in the round of 32 next year after 1:1 against Chernomorets Odessa at Vasil Levski’s stadium. 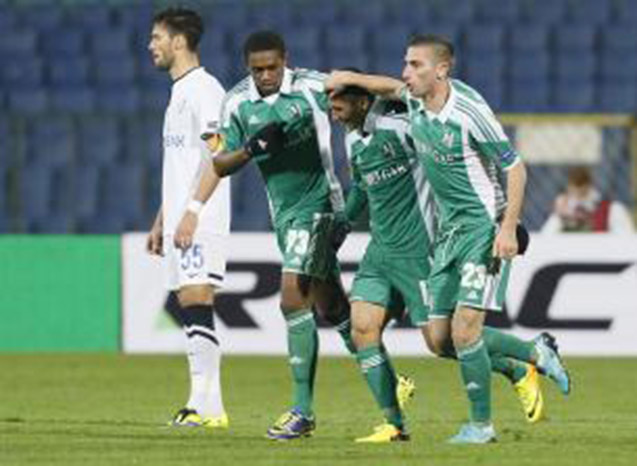 The champion of Bulgaria booked a place in the round of 32 next year after 1:1 against Chernomorets Odessa at Vasil Levski’s stadium. The “eagles” secured minimum the second place in the group B, and in equal result against PSV Eindhoven on 28 November, Stoycho Stoev’s men will finish the first part of the tournament on the first place.

In front of 8000 visitors at Vasil Levski’s stadium, Ludogorets played on the same level the first half-time against the tough Ukrainians. The guest had his moments of domination, but Vladislav Stoyanov played great again and kept the goal. In the beginning of the second part of the game the champions led. The Brazilian Junior Quixada scored for 1:0. Few minutes after, Misidjan had the opportunity to score, but he had a bad luck. The guests from Ukraine scored for 1:1 in 64th minute. Minutes after that Vladislav Stoyanov saved Bobko’s hit and the champions will play in the round of 32 of Europa League.

The other match in the group B PSV Eindhoven won as homes with 2:0 Dinamo Zagreb and stays on second position in the group ranking.