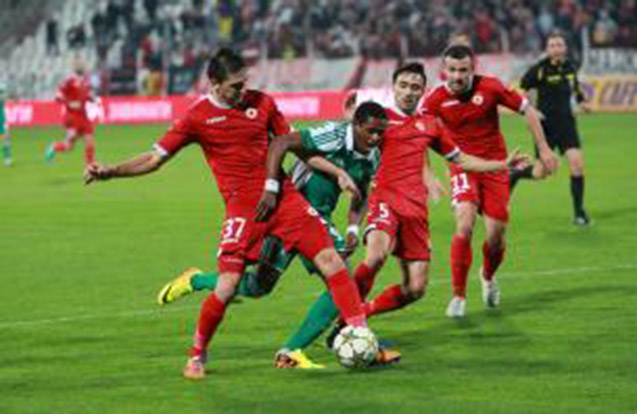 Ludogorets played another great game. The champions totally overplayed and won with 2:0 against CSKA in front of 10 000 visitors at Bulgarska Armia Stadium. For the “esgles” scored Mihail Alexandrov in the first half-time and Virgil Misidjan in the second.

Ludogorets took the initiative from the beginning. Junior Caissara missed a great situation after he stroke with head. But in 28th minute the champions didn’t miss. Marcelinho found Mihail Alexandrov in the penalty area of CSKA who shot and didn’t leave any chance to Tomas Cherni. Then again missed situation of Fabio Espinho who sent the ball in out.

The second half-time started with a huge lapse of Ludogorets. Caissara shot excellent in the penalty area where Marcelinho tried to strike with head but didn’t find the goal. In the 49th minute he fix the mistake as helping for the second goal. Bezjak found Marcelinho who passed over two defenders of CSKA and shot, but the ball met the left post and Misidjan caught it. Then he stroke for 0:2.

Till the end of the match the champions had domination on the pitch and didn’t let any dangerous sotiations in front of Vlado Stoyanov. The result could be classic, but Roman Bezjak hit the post after a great shot from the right side of Junior Caissara.