Ludogorets took a minimal victory over Beroe in the first 1/8 final in the tournament for the Cup of Bulgaria. 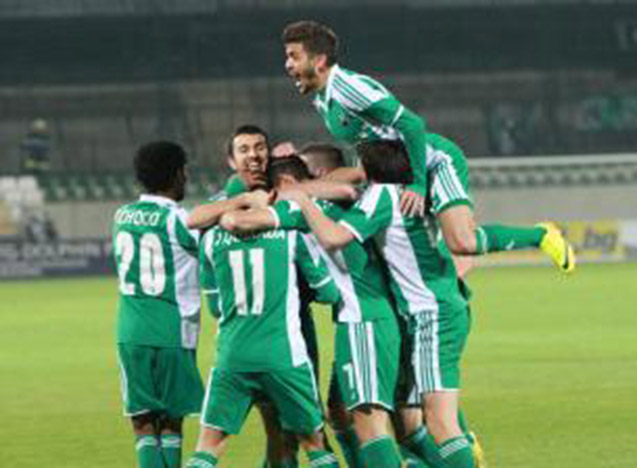 Ludogorets took a minimal victory over Beroe in the first 1/8 final in the tournament for the Cup of Bulgaria. The Champions won the team of Stara Zagora with 2:1. The rematch is on Sunday at 18:00 in Stara Zagora.

Ludogorets had a total dominance during the match, but the green attackers missed a bunch of clear situations.Beroe opened the scoring with their first shot on goal of Ivan Cvorovic. In the 21st minute the Serbian guard knocked out a kick of Ivo Ivanov after centering from the corner, but after that Georgi Andonov shot again for 0:1. The champions rebounded the equality in the 45th minute. Hristo Zlatinski shot a perfect corner kick, the ball went to Cosmin Moti, who with head score in Karadzhov’s goal.

The turnaround came in 60th minute. Mihail Alexandrov took the ball in the penalty area of Beroe, masterful released by oppositions football players and with a technical kick made it 2:1. There followed a massive pressure on Ludogorets, but the third goal never came. In turn, the guests from Stara Zagora did some counter-attacks, but nothing serious for Cvorovic.

Beroe finished the match with 10 players after Plamen Krumov was sent off in 75th minute for a violent foul against Hristo Zlatinski. At the half-time break, the coach of Beroe was sent to the stand for misbehavior.