Ludogorets – Wolfsberger ended with a spectacular...

The Ludogorets – Wolfsberger match has been...

Kiril Despodov is the #1 Bulgarian player for 2021

FC Ludogorets played a great match against FC Steaua of Bucharest and entered the Champions League group stage. The Eagles won 7-5 on penalties and... 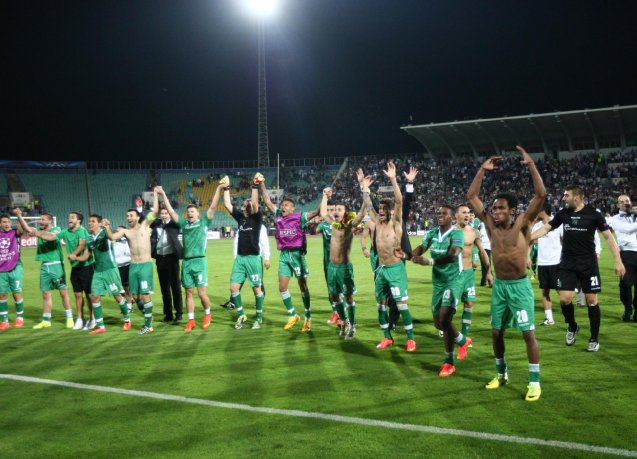 FC Ludogorets played a great match against FC Steaua of Bucharest and entered the Champions League group stage. The Eagles won 7-5 on penalties and joined the top football teams in the world. The regular time ended at 1-0 after the substitute player Wanderson had scored a 90-th minute tremendous goal.

The absolute hero for Ludogorets, however, became the defender Cosmin Moti. After the goalkeeper Vladislav Stoyanov had been sent off in the extra time, the Romanian grabbed the gloves and made two saves to deny Rapa and Pirvulescu.

Ludogorets was the better team within the regular time but failed to score after a bunch of missed chances in front of Arlauskis’ goal. The Eagles totally outplayed Steaua in the second half and logically scored when Wanderson’s stunning volley from the edge of the penalty area tied the aggregate and sent the game into extra time.

In the 97th minute the referee didn’t show a crystal-clear second yellow card to Varela and gave a serious leg up to Steaua. And that was the player who broke in alone in the 119th minute and forced the goalkeeper of the Bulgarian champion Vladislav Stoyanov to foul him outside the penalty area. As a result the Bulgarian goalkeeper was sent off.

Ludogorets had already used its three substitutes and the center-back Cosmin Moti, a legend of Steaua’s eternal rival Dinamo Bucharest, was moved into goal. Moti did it brilliant during the first five kicks of the penalty shootout by saving Pirvulescu’s kick thus making up for Wanderson’s miss.

The remaining players of both teams scored and additional kicks had to be taken until one team misses. The first two players scored but something incredible happened when the second kicks were taken. Espinho scored and Moti saved Rapa’s penalty kick to send Ludogorets in the Champions League group stage.