The 2016/2017 season was the most successful in the history of Ludogorets. Georgi Dermendzhiev’s boys overfilled their goals by entering the Champions League groups, finished them and became champions of Bulgaria for the sixth consecutive time with a massive 16 points in advance of the second team. This season was all about one word – record. “The Eagles” became the first Bulgarian team to defeat Crvena Zvezda, the first to enter twice in the group phase of the Champions League and the only one to achieve a point abroad – in the game against Basel on “Sankt Jacob” stadium. Later they scored one more point – against PSG on the Bulgarian “Parc des Princes”, which ended with a 2:2 score. There is no need of reminder about the fact that Ludogorets is the only Bulgarian team to come out of a Champions League group, surpassing Basel and finishing right after Arsenal.

Speaking of records, we have to point out that the broken record, held by CSKA, for the most scored goals in one season – 133. This is an amazing number and it clearly shows that the attacking style of the team pays off.

On the other hand, Ludogorets was also dominating the domestic championship throughout the season. The team was constantly increasing their advantage in front of Levski and CSKA Sofia. They became champions as early as May, and their total advantage marked a record – 16 points ahead of the host team at “Bulgarian Army” stadium. The European tournament rush was over during the 1/16 finals of Europa League against FC Copenhagen. The Danish team played worse than Ludogorets, but they definitely had more luck in the two games and went forward. The team led by Georgi Dermendzhiev reached the finals for the Bulgarian Cup, but lost 1:2 to Botev (Plovdiv). We must not forget that there is no team in the world to be able to win it all, so this was the best season yet for Ludogorets since the beginning of the project, initiated by Kiril Domuschiev and Georgi Domuschiev.

Ceremony for the 6th championship

Ceremony for the 6th championship 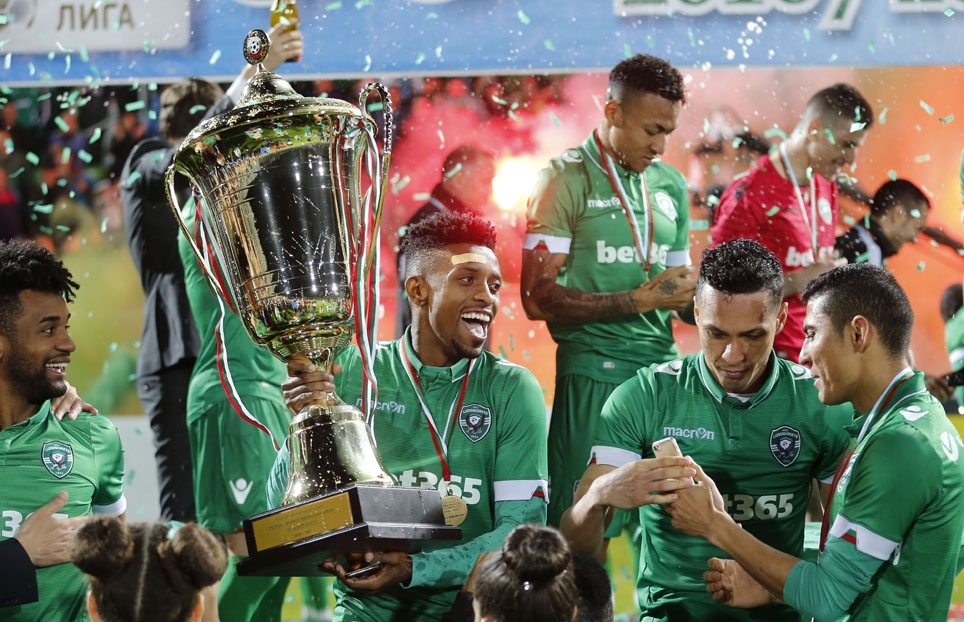