The team of Ludogorets with 3rd consecutive won for the last 8 days. 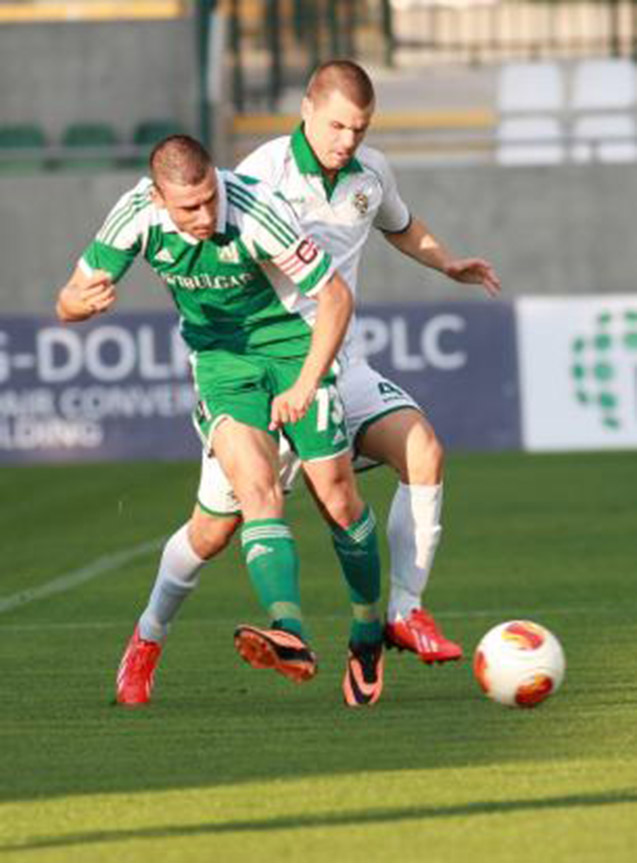 The team of Ludogorets with 3rd consecutive won for the last 8 days. Like against Levski and PSV, the champions were categorical and defeat completely Neftohimik with 4:0. All hits were achievement of Latin Americans. First was the Brazilian Junior Quixada in the 6th minute. He scored again in the 18th minute and the game was decided. The head coach of the “eagles”, Stoycho Stoev, was given a break of some titulars, but their substitutes did what they want with the opponent. Till the end of the first half-time Ludogorets missed a bunch of situations like closer to score were Quixada, Hernandez and Ivan Stoyanov. Third hit in Karamanov’s goal was scored in 56th minute. The Columbian Sebastian Hernandez scored with a precise kick from the arc of the penalty area. Than the half has already 3 goals in “A” group. He also scored in the game with Slavia with 0:3 in the beginning of the championship. The final result was achievement of Michel Platini in 88th minute. The Brazilian rarely seen beautiful hit with a strong kick from 30 meters and it was non-recoverable.
In the duel didn’t participate Svetoslav Dyakov, Roman Bezjak, Virgil Misidjan and Fabio Espinho. Dani Abalo played as a substitute and Marcelinho stayed on the bench.

Good news for Stoycho Stoev – the state of health of Georgi Terziev. After a course of procedures with the Serbian healer Mariana Kovachevic, the Captain of the youth national team is recovered and in a few days he will start training with the team.