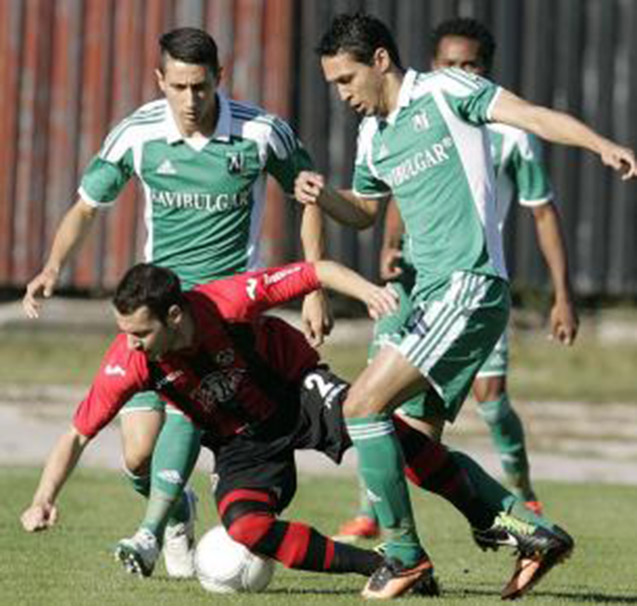 Ludogorets recorded consecutive win in NEWS 7 football championship. The champions hit 2:1 Loko (Sf) on their stadium in “Nadezhda” and stayed on the top with four points ahead of Botev (Pd), won at “Kolezha” with 2:0 against Cherno more. The “eagles” are homes for the Plovdiv’s team Botev on the next round. The match is on Saturday at 20:30 in Razgrad.

rThe result was opened from Mihail Alexandrov on 25th minute. Than the red-blacks goal-keeper Galev knocked Misidjan’s hit in Alexandrov’s legs who made an addition in the empty goal – 0:1. Only 4 minutes later Ludogorets led with 0:2. Marcelinho scored a beautiful goal from the arc of the penalty area. At the end of the first half-time Lokomotiv gave back one hit. Gael overcame Tero Mantyla and passed to Rumen Trifonov who sent the ball behind Vladislav Stoyanov. On this situation the finish defender got unjured and he was substituted from Cosmin Moti.

During the second half-time Ludogorets had domination but didn’t permit to the opponent to create dangerous situations in front of Vladislav Stoyanov. On their turn the champions could get to more categorical win but Virgil Misidjan missed alone against the goal-keeper.