Ludogorets lost point as a home team for a first time from the season’s beginning. 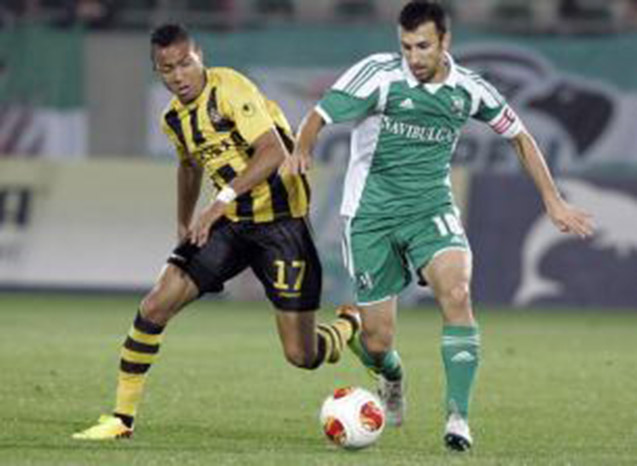 Ludogorets lost point as a home team for a first time from the season’s beginning. The champions played with Botev (Pd) with 0:0 result but they stayed on the top with 4 points ahead of yellow-blacks. The match will be remembered the most with the injury of the goal-keeper Vladislav Stoyanov. In the 8th minute, Abel Anice hit him in the head trying to play in the “Eagles” penalty area. The head coach of Ludogorets, Stoycho Stoev, was forced to substitute Stoyanov because of doubts for commotion. Few minutes after Botev missed the purest situation in the game. Anice was taken alone against Ivan Cvorovic, but the Serbian with a Bulgarian passport saved. At the end of the first half-time the champions could reach to a hit, but Marcelinho sent the ball over the transverse.

During the second half-time Ludogorets had territorial domination and few times was close do the goal. Marcelinho and Choco hadn’t a good day. On their turn the “yellow-blacks” counted of counter-attacks, but they didn’t put on danger Ivan Cvorovic and the defenders in front of him.Ludogorets – Botev (Pd) 0:0