Great Ludogorets overplayed and won against PSV in Eindhoven

Ludogorets played a grand game and won with 2:0 against the winner of ECC PSV in Eindhoven. 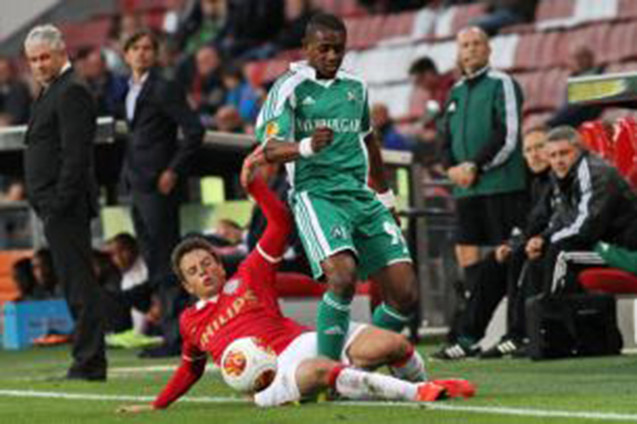 Ludogorets played a grand game and won with 2:0 against the winner of ECC PSV in Eindhoven. The historical success came absolutely deserved because the Bulgarian champion outplayed the Dutch grand and even they could win with a bigger result. The team of Philip Cocu had their chances, but Vladislav Stoyanov and the defenders in front of him did a fantastic game during the whole 90 minutes.

Roman Bezjak opened the result in the 60th minute. After a great pass of Marcelinho, Virgil Misidjan was situated alone against the goalkeeper of PSV. Zoet came out and cleared the ball, but he did it in a wrong way and the Slovenian national player took it, than with over crossing hit sent the ball in the goal. Ludogorets decided the game in the 74th minute. After a great counter-attack, Junior Caissara found Roman Bezjak who passed to Virgil Misidjan in the penalty area. The Dutch player shot in the post but the ball returned back to him and with the next shot the result was 0:2.

Till the end of the match PSV didn’t trouble the defense of the “eagles”. On their turn Ludogorets even could reach third goal but the goalkeeper Zoet cleared into a corner kick the strong shot of Mihail Alexandrov.

This success put Ludogorets on the 1st place in the B group. Chernomorets Odessa won with 2:1 against Dinamo in Maximir Stadium in Zagreb.