Ludogorets lost against the Romanian champion

Ludogorets lost against the Romanian champion Petrolul with 1:4. This was the second friendly game of Ludogorets in Austria. 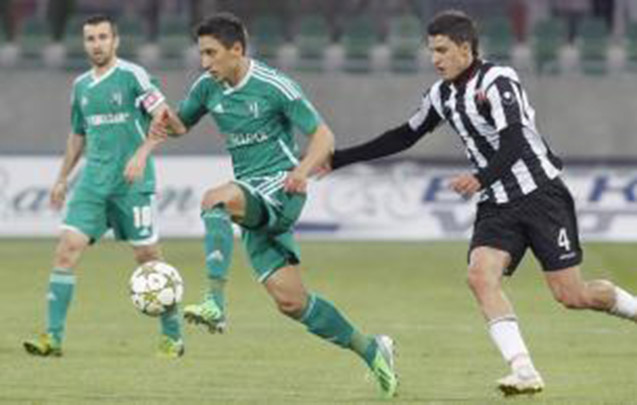 Ludogorets lost against the Romanian champion Petrolul with 1:4. This was the second friendly game of Ludogorets in Austria. “The Eagles” lost with 1:3 against Rijeka four days ago. During the match on Tuesday Ludogorets played well, but the chance was against them and they missed several times the opportunity to score, also MihailAlexandrov and MiroslavIvanov hit the ball into goal’s post. All of this led the team to undeserved loss. The game was an official debut for Michel Platiniwho started as a titular. The other new player – DaniAbalo was left out of the titular team.

Petrolul scored at the 6st minute of the game. Budjema hit the ball and left Ivan Chvorovich helpless. Only 7 minutes later the Romanian national player Grozavscored for 0:2 with a strike from a distance. At 21st minute Ludogorets came back into the game. MihailAlexandrov scored after the assistance of Junior Caissara.

In the beginning of the game Alexander Barthe forcibly left the field, because a Romanian player broke his nose. Barthe was taken to a hospital in Klagenfurt where he was examined. His condition is good, but he has to rest at least one day.