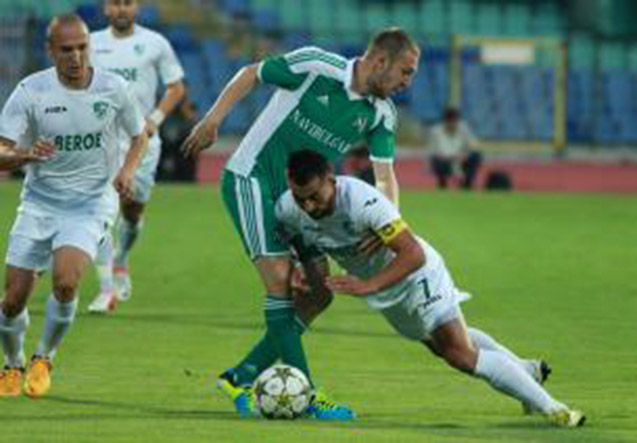 Ludogorets couldn’t win their fifth trophy, losing the Bulgarian SuperCup match by Beroe with penalty kicks – 3-5. The regular time ended at 1-1. Ventsislav Hristov scored for Stara Zagora in the 27th minute with a headshot. Svetoslav Dyakov evened the score in the additional time of the first half.

However, he left his team with one less player in the 59th minute. The national team player, who made his official debut as a captain of the team, committed a foul in the center of the field, receiving a second caution for it. Six minutes later the two teams were already having the same number of players, since Borislav Stoychev was also sent off for a second yellow card.

Beroe had the chance to lead the score just 3 minutes after the kick off. Iliev made a double pass with Georgi Andonov and, with a diagonal kick, he hit the crossbar. In the 27th minute Beroetook the lead. David Caiado took a right sidekick,Hristov jumped and caught the ball with head. The ball hit the back of a defender in green and got into the net for 0-1. In the 36th minute the team from Razgrad had a clear goal-scoring opportunity. Miroslav Ivanov assisted Ivan Stoyanov to get to a perfect positioning. The forward slid the ball past Karadjov, but it hit the left goalpost. However, the champions managed to even the score second before the end of the additional two minutes of the first half-time. After a foul kick Michel Platini took a headshot, his former team-mate from CSKA Karadjov punched it out, but the ball got straight into the feet of the totally uncovered Dyakov, who had no problem netting it.

The battleat the Vasil Levski National Stadium continued the second half-time. By the time he gave the second caution to Dyakov in the 59th minute, the referee Georgi Yordanov had shown seven yellow cards. Ludogorets’s captain was sent off for a foul from behind against an opponent. Six minutes later Stoychev has also committed a serious foul and he took off to the changing room in advance.

Ludogorets’s players started to attack more seriously. Ivan Stoyanov took a headshot, but the ball didn’t get into the net. Marcelinho’s shot was blocked by the substitute Ivo Ivanov. In return, Andonov took a long shot that ended up past the goal. In the 91st minute Stoyanov once more was at the top of the offense, but his shot was cleared by Karadjov.

Taking the penalty kicks Beroe netted all five of them. Scorers for Ludogorets were Platini, Zlatinski and Ivan Stoyanov. The vital error was Marcelinho’s missed shot – the ball went over the crossbar. 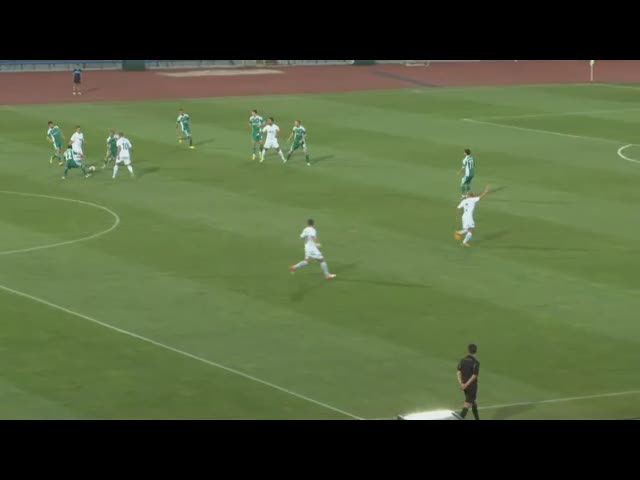