Ludogorets lost with 1:2 from Slovan in Slovakia. The game at Pasienski Stadium in Bratislava started in a bad way for the champions. 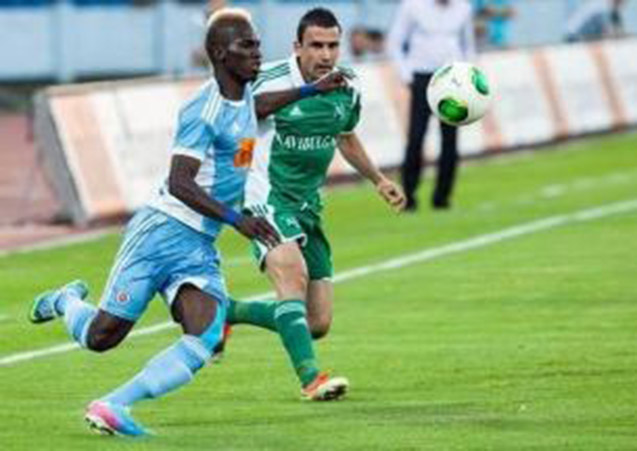 Ludogorets lost with 1:2 from Slovan in Slovakia. The game at Pasienski Stadium in Bratislava started in a bad way for the champions. The new addition Michel Platini was contused in the beginning and Ivaylo Petev was forced to replace him with Roman Bezjak. In spite of it, the Eagles was in good positions on the field and almost the whole match they was the team who played mostly with the ball. Till the end of the first half-time, there was no good goal situations. Vlado Stoyanov saved dangerous kick from Hlohovsky. Two minutes before the end of the first half-time, Ivan Stoyanov couldn’t take advantage from a foul and kicked the ball out of the field.

In the first minutes of the second half-time, Slovan pressed, but the defence of Ludogorets was doing a good job and didn’t allow to the opponent to get to good chances. And in 65th minute, the Champions leaded. Then Zlatinski make a kick for foul, the goal-keeper Putnochky cleared the ball in the Tero Mantyla’s leg, who made assistance for 0:1. Minute after that, the referee marked a penalty kick for the home and gave a yellow card to Cosmin Moti. But Vlado Stoyanov saved Forst’s chute and the result didn’t change. Nine minutes before the end of the game, Slovan was punished with a red card. Grendel had second yellow card for foul against Dyakov. In 87th minute, Slovakian champion reached 1:1. Halenar surprised Stoyanov with a very cruel kick. In the injury time, again Halenar brought the victory to Slovan. The attacker made a penalty kick, marked for foul of Vladislav Stoyanov against Peltier.