Ludogorets lost the match for the title

Ludogorets with an unfortunate 0-1 loss to Levski at the Gerena, giving away the first place at the ranking. 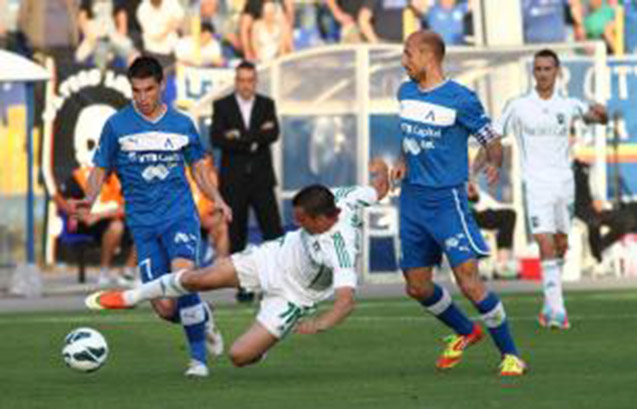 Ludogorets with an unfortunate 0-1 loss to Levski at the Gerena, giving away the first place at the ranking. Ivaylo Petev’s boys played well, however the high number of missed goal-scoring opportunities in front of Plamen Iliev led to the awful ending.

In the beginning of the match the Eagles were pushier, with long shots from Miroslav Ivanov and Ivan Stoyanov, but in both cases the ball was cleared by players from the capital. Then the game got frequently interrupted. Both teams were often losing the ball, as there were mostly wrong passes and fouls. Daniel Dimov tripped Bezjak, who was speeding up to the forward positions. The guests got to take a free kick from a good position, while the defender got a yellow card. However Miro Ivanov’s kick hit the wall. Shortly after there was confusion in front of the guests’ goal, but Vladislav Stoyanov showed that he was closely following the game and punched the ball out. On the other side of the field Ivan Stoyanov took a foul kick but the shot got over the goal. In the middle of the first halftime Rene Mihelic took a powerful kick from 15 meters, but the ball flew by Razgrad’s right goalpost. Marcelinho also tried his luck with a shot from 25-meter distance, but the ball went past the goal. Ivaylo Petev was forced to make a change, when Roman Bezjak got injured. Ludogorets’s coach let the Brazilian player Junior Quixada.

After the break the two teams pumped the rhythm up, yet no clear goal-scoring situation was created. In the 53rd minute the guests took a very quick foul kick and Quixada got into a great position alone against the goalkeeper of the hosts. However, the Brazilian shot right into Plamen Iliev’s hands. 15 minutes before the end of the game Quixada missed another great opportunity. Alone against Iliev, the forward took too long to react and he couldn’t shoot precisely. In the 77th minute Basile de Carvalho, who entered as a substitute, received a good pass from Stefan Velev. The African hit a right-foot volley, but the ball got to the close corner, covered perfectly by Vladislav Stoyanov. Five minutes before the end of the regulation time Lubomir Guldan got a second yellow card, respectively – a red one. In spite of playing with 10 players, the champions had one more chance during the extra-time, but Ivan Stoyanov hit the goalkeeper. Ludogorets’s nightmare became reality in the 92nd minute. Stanislav Angelov took a shot, the ball hit Burgzorg’s leg and got into the net.

"My congratulations to Levski on their victory. It’s a normal thing to lose when you don’t score. Unfortunately we had some absolutely clear opportunities to score”, was the first comment of Ludogorets’s Executive director Angel Petrichev. “I want to thank our boys, who reasserted the position of the team as an important factor in the championship. We intend to keep this image of the team. We also want to thank our fans. We hope they’ll get more and more. The only team to take a stand against Levski was Ludogorets.”, added Petrichev. 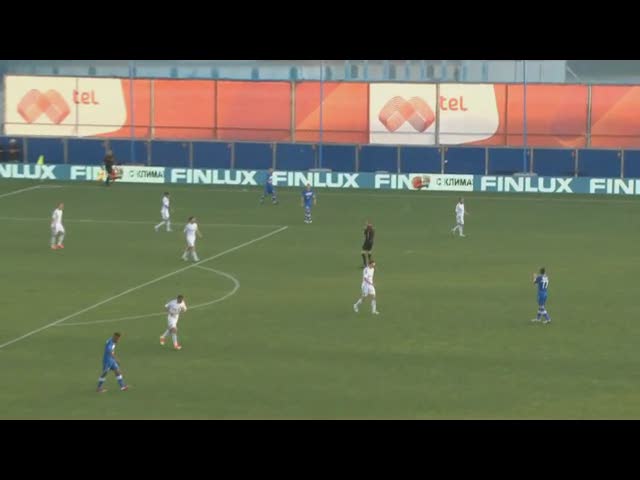