Ludogorets won against Botev Pd with 2:0

Ludogorets made a fabulous game against Botev Pd, by winning with 2:0 in front of 3000 spectators. 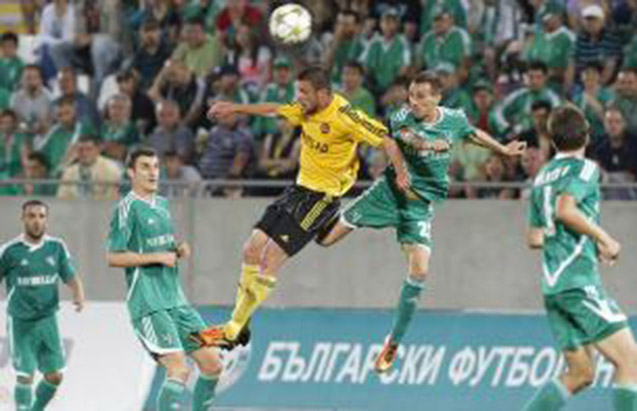 Ludogorets made a fabulous game against Botev Pd, by winning with 2:0 in front of 3000 spectators. The eagles’ fans came on the stadium and watched the aggressive play of their favorite team. Petev’s boys missed the chance of more definite winning. Ludogorets is still in the competition for the trophy, which owner would be revealed at the last 30th round.

The match started with a penalty kick for the homes. The referee Martin Bogdev pointed the white penalty at the 7th minute after the Pereira’s foul against Marselinho. Ivan Stoyanov made the penalty kick in the center of the goal. At 17th minute of the game, the referee gave another penalty kick for Ludogorets. Stanislav Genchev rushed in to the penalty zone but he was pulled down by Stahoviak. Ivan Stoyanov was behind the ball again, but this time he missed. Stoyanov kicked the ball very weakly and Botev’s goal keeper caught it. Only 180 seconds later he made up for the missing and scored for 2:0. He caught a clean pass in the penalty field and with a measured kick left the goalkeeper helpless .Around the 30th minute Botev team missed a chance for returning a goal. Yordan Hristov made an attempt to throw the ball across Vlado Stoianov but Junior Quixeda cleaned it away from the goal line.

The second half started very good for the home team and during the 49th minute Stoyanov fired the cannon from the midfield but the goalkeeper was in the right place. Two minutes later Marcelinho tried a powerful shot but it rebounded into an opponent’s body. The Eagles overplayed their opponent during the second half but they missed the couple of opportunities to make the score classical. At the ending minutes Ivan Stoyanov could have made a hat-trick but after being led out by a perfect pass alone in the penalty field he couldn`t overcome Stahovyac. 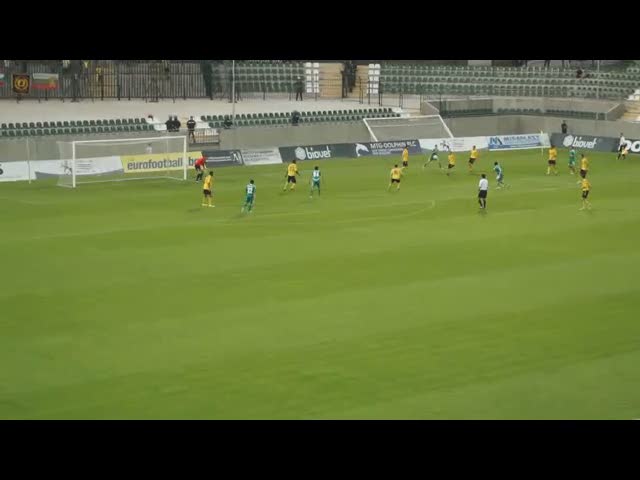