Ludogoretsis first again after the 2-1 victory over Slavia. Roman Bezjak scored the two goals for the champions. 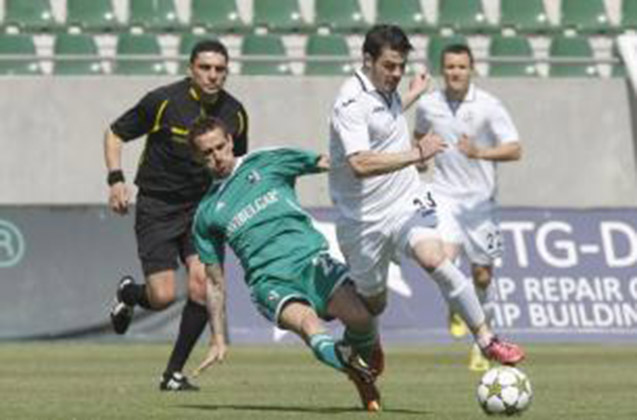 Ludogoretsis first again after the 2-1 victory over Slavia. Roman Bezjak scored the two goals for the champions. Goal scorer for the guests from Sofia was Galin Ivanov.

The match started in the best possible way for Ludogorets. IvayloPetev’s boys managed to score just 5 minutes after the game had started. After a very good sidekick from Caiçara, Roman Bezjak was left uncovered in the penalty area and, with a nice shot he checkmated the guest team’s goalie. In the 10th minute MiroslavIvanov took a foul kick in favor of Ludogorets, only this time GeorgiPetkov intervened well and punched the ball out. In the next few minutes the hosts pushed harder and in the 17th minute they had a good goal scoring opportunity – Marcelinho was really close to scoring into the empty net. Ivan Stoyanov’s pass found him in a perfect position, but he took too long to act and he missed a clear goal-scoring situation.In the 23rd minute the score got 2-0 in favor of the Eagles, after GeorgiPetkov’s mistake. DimoAtanasov’spass back to the goalie was risky; he got out estimating the situation wrongly and let the ball pass hoping for another teammate to play with it. Bezjak got the ball and netted it into the empty goal. Shortly after the Slovenian had the chance to score a hat-trick, but this time his shot was caught by Petkov. The Slovenian forward kept the good work and in the 33rd minute he tried a technic move in a situation into the penalty area, but his shot ended out. Nothing much happened by the end of the first halftime and the two teams took the break at 2-0 for the hosts.

The second half started with the guests trying to make a score. In the 50th minute RadoslavVasilev passed to GalinIvanov, who was about to take a good position but Moti got there first. Two minutes later Razgrad’s team was close to scoring a third goal. Marcelinho led Ivan Stoyanovto a perfect position. Stoyanov tried to pass to Bezjak but the ball got cleared. The Brazilian also had an opportunity to score. He used a nice pass, but Petkov stopped him from netting. MiroIvanov, on the other hand, took a fabulous shot in the 56th minute, but Petkov saved. However, Slavia managed to score in the 70th minute. After a corner kick ZdravkoLazarov took a sidekick towards RadiVasilev, who headed it to GalinIvanov. Ivanov managed to net it for the final 2-1 in favor of Ludogorets. 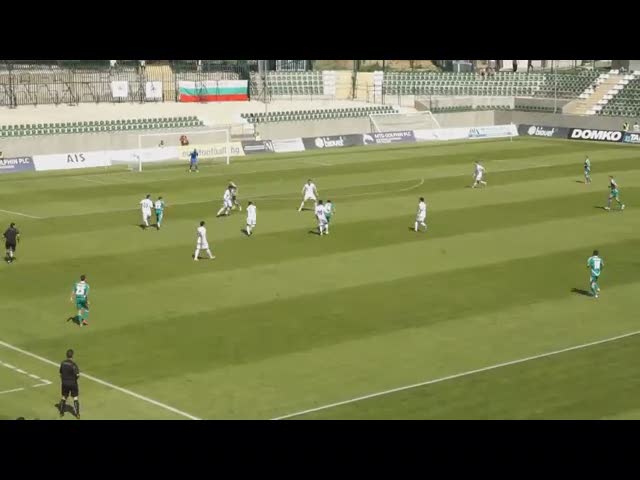