Ludogorets hits Etar in Sliven with 5-1

Ludogorets won 5-1 over Etar at the Hadji Dimitar stadium in Sliven. 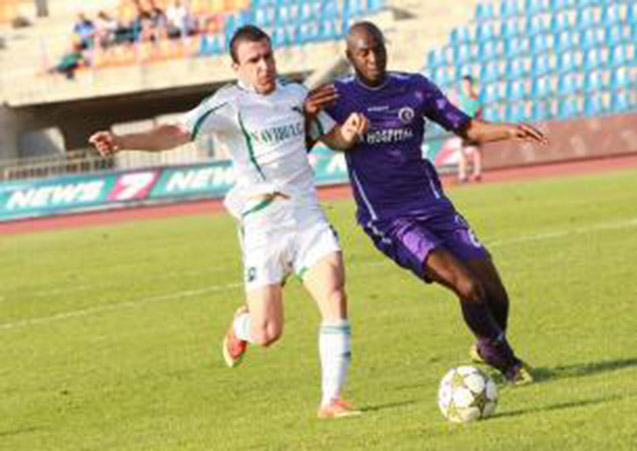 Ludogorets won 5-1 over Etar at the Hadji Dimitar stadium in Sliven. The national team players Svetoslav Dyakov and Ivan Stoyanov scored two goals each, and one more was scored by Roman Bezjak, who netted twice in the last round against Chernomorets (3-0).

In the very beginning of the match Roman Bezjak took a shot at Etar’s goal, but it got cleared by one of the opponent’s players from the goal line. Then the Slovenian tried again, but his shot wasn’t precise. In the middle of the first halftime Ivan Stoyanov skillfully got away from the defender and took a strong left leg kick, unfortunately - into Filipovic’s body. The goalie then cleared another shot from Bezjak, followed by a real cannonade in front of Etar’s goal. Burgzorg dispatched a half-volley, but the ball flew over the goal. Then Hernandez took a left leg kick, but right in the goalkeeper’s hands, and Roman Bezjak’s kick passed by the goalpost. The most surprisingly missed situation happened half an hour after the game had started, when the defense of the violet team made a serious mistake. Minev got alone against the goalkeeper Filipovic a quickly taken foul kick, but he couldn’t score. However, the Eagles took the lead, scoring in the 42nd minute. Mitchell Burgzorg cleverly led Hernandez to the front, where he passed the ball to Svetoslav Dyakov who was on his left side. The national player got forward and netted the ball into the empty goal. 60 seconds later the score got 2-0. Ivan Stoyanov passed to Dyakov, who took a shot from 15 meters, sending the ball into the bottom left corner.

During the second halftime Ludogorets had the upper hand again. The third goal was scored in the 62nd minute. Emil Gargorov, who entered as a substitution, passed to Ivan Stoyanov in depth and the forward gave no chance to Filipovic. Twenty minutes before the end of the regular time Bezjak finally scored after a quick confusion into Etar’s penalty box. Ivan Stoyanov scored his second goal in the 77th minute. He received a nice hidden pass, got forward and took a powerful left leg kick, sending the ball under the crossbar. The hosts made it to an honorable goal in the last minute thanks to Cienciala. 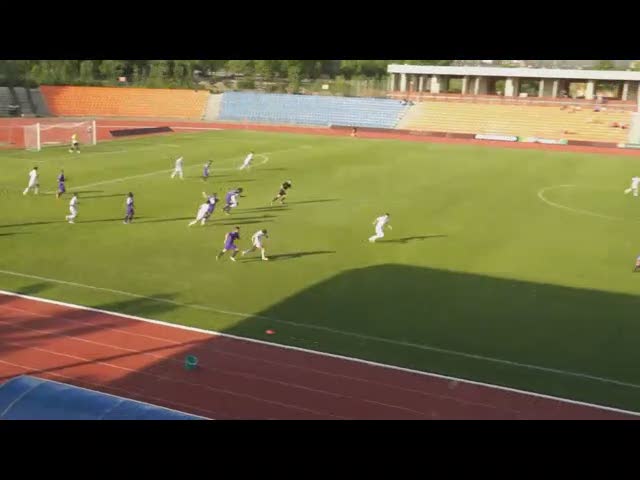