Ludogorets is back on top after a hard 2-1 victory over Minyor in Pernik. The champions regained their two points ahead of Levski. 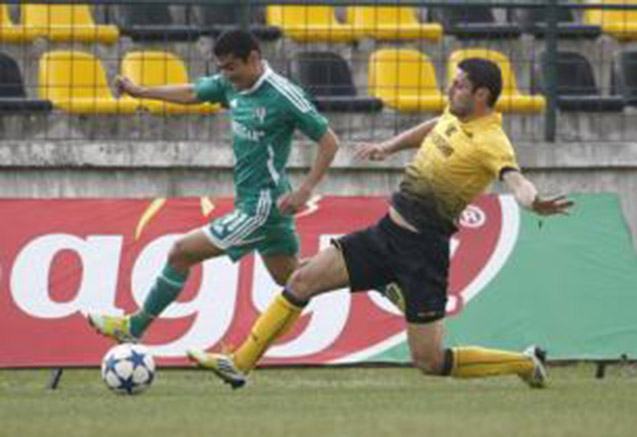 Ludogorets is back on top after a hard 2-1 victory over Minyor in Pernik. The champions regained their two points ahead of Levski. Next round they will be hosting the match against Botev Vratsa, and the blue team is about to have its all-time derby with CSKA.

Dimo Bakalov got a head start for the Eagles in the very first minute. He used perfectly a pass from Marcelinho. By the end of the half-time Ludogorets remained the leading team however the score was still 0-1. The referee Alexander Kostadinov canceled a goal scored by Marcelinho after seeing a foul committed by Dimo Bakalov. The Eagles claimed also to have an unawarded penalty.

The situation on the field remained the same after the break. Ludogorets was controlling the game and creating goal-scoring opportunities, while the hosts were counting on counter attacks. Ivan Stoyanov, who entered as a substitute, had the chance to score the decisive goal in the 68th minute. Taking a penalty kick for a foul against Roman Bezjak, he hit the right goal post. Shortly before that the referee didn’t dare to award another penalty kick for Yordanov’s offense against Dimo Bakalov. Another referee decision was to signal an offside, when Ivan Stoyanov shot and netted into Peykov’s goal. Lubomir Guldan scored a second goal in favor of the champions anyway, heading the ball after a corner kick in the 75th minute. Seven minutes before the end of the match the hosts managed to reduce the score difference with a goal by Alexandrov, but nothing more. 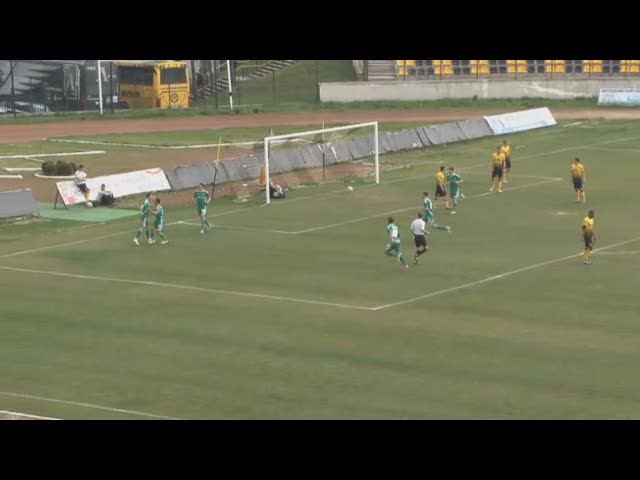