Ludogorets is back on top

Ludogorets got back to first place of the ranking after a tough 1-0 victory over Loko Plovdiv. 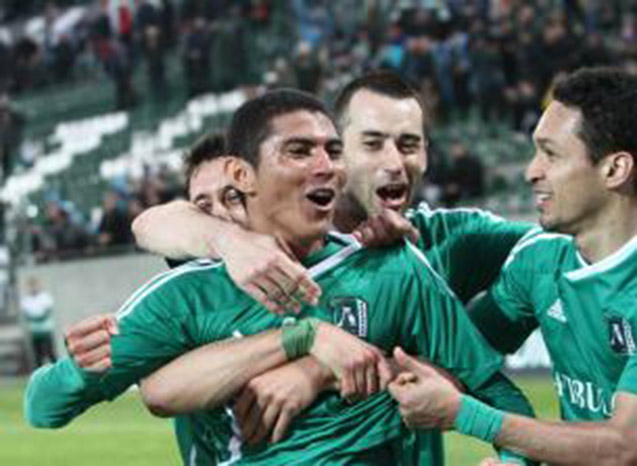 Ludogorets got back to first place of the ranking after a tough 1-0 victory over Loko Plovdiv. The precious goal was scored by Junior Quixada in the 87th minute. The Brazilian got to be the quick-witted one in Plovdiv’s goal area, after a corner. Ludogorets had the upper hand the entire time, however, they missed a lot of opportunities.

The game started with attempts towards both of the goals. In the 7th minute Malamov’s sidekick got into Ludogorets’s penalty box, where Stefanovtried a heading but he missed the goal. In return, Moti shot, but the ball passed by Gospodinov’s goal post. Ludogorets were gradually accelerating pushing the guests into their half. In the 23rd minute Moti found Marcelinho, but he slowed down which let YordanGospodinov prepare and catch the ball. A minute later HristoZlatinski got deep into Ludogorets’s penalty box, but he was blocked by Guldan. By the end of the half-time both teams had one goal-scoring opportunity each. In the 41st minute Malamov shot from the penalty arc, but VladoStoyanov showed some class and saved. Shortly before the end of the half-time Vitinha tried to score, but the ball went over the cross bar.

The second half started with Ludogorets pressuring. In the 55th minute Dyakov sent a great pass in Quixada’s direction. He got into Lokomotiv’s penalty area and shot from a small angle, but Gospodinov saved. Two minutes later MiroslavIvanov – Deco, took a free kick and shot into Plovdiv’s team penalty area, where Guldan headed the ball and sent it to Marcelinho, who, however, couldn’t score from the goal area. In the 60th minute MihailAlexandrov sent a clever pass in MiroslavIvanov’s direction. He took a dangerous shot but YordanGospodinov cleared. Bit by bit the rhythm slowed down and the two teams were “stuck” in the middle of the field, with no scoring. In the 81st minutethere was another dangerous sidekick into Lokomotiv’s penalty area, but Gospodinov caught the ball. That’s how things went until the 87th minute, when Ludogorets scored and made it to the victory. Ivan Stoyanov took a corner kick,Moti caught the ball into Lokomotiv’s penalty area and sent it towards the goal post, where Quixada was left uncovered and scored 1-0. 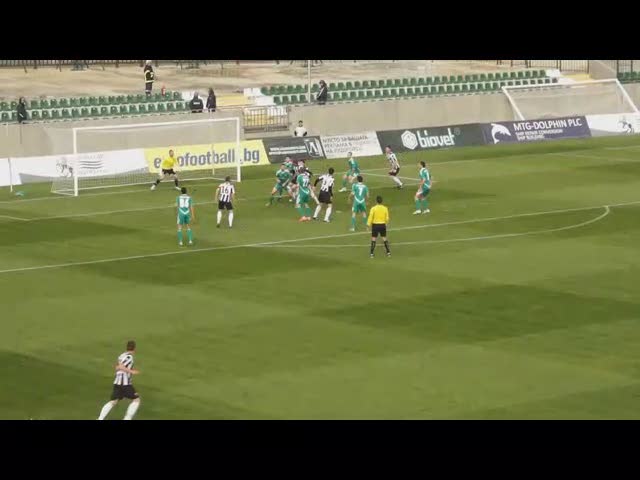