Ludogorets was able to carry out a serious coach transfer. The Conditioning Coach of the Scottish club Celtic between 2012 and 2017 – Ian Coll – is... 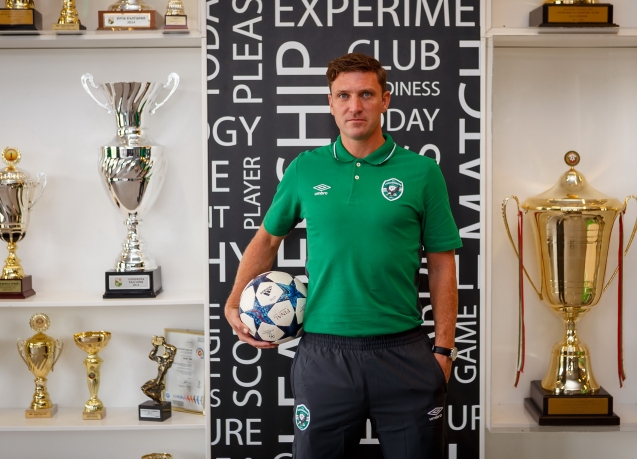 Ludogorets was able to carry out a serious coach transfer. The Conditioning Coach of the Scottish club Celtic between 2012 and 2017 – Ian Coll – is already a part of Dimitar Dimitrov’s coach staff. The Scotsman arrived in Bulgaria last Friday and he will be introduced to the team today. Coll will be working with the first team and will also consult the Children and Youth Academy of the club.

Coll was born on 5th of July 1980 in Eire, Scotland. The specialist has plenty of experience working with one of the best British clubs – Celtic; he worked 4,5 years at the club’s Academy in Glasgow and 4,5 more with the club’s first team. He was able to work with three different Celtic managers between 2012 and 2016 – Neil Lennon, Ronny Deila and Brandon Rodgers. During the same period of time Celtic became a champion four times. The club also won the Scotland cup once, the Super Cup twice and participated twice in both the UEFA Champions League and the UEFA Europa League.

Ian Coll graduated from the West Scotland University in Hamilton with a degree in “Sports Science”. He has participated in and lectured a number of seminars in Spain and England in 2016 and 2017.

The last appointment Coll had was as a consultant of all the national football federation of UAE where he spent eight months.

“I know a lot about Ludogorets. The club is well known internationally because of the participation in the Champions League”, said Coll. “I am happy that after a brief pause I am able to work closely with an ambitious football club. Celtic was just like that and we won a lot of trophies back then. I hope to achieve an even bigger success with Ludogorets. My first impressions of the club, the facilities and the team are amazing. The level of professionalism here is remarkable”, Coll added.