Ludogorets achieved an important win against Levski at “Vivacom Arena Georgi Asparuhov” stadium. The priceless goal was scored by Keseru in the 83rd... 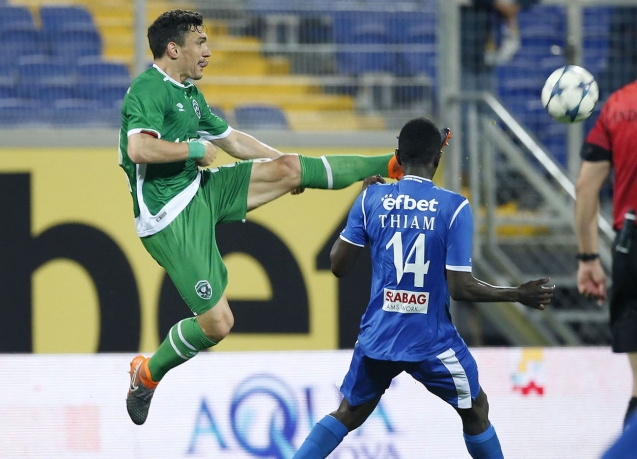 Ludogorets achieved an important win against Levski at “Vivacom Arena Georgi Asparuhov” stadium. The priceless goal was scored by Keseru in the 83rd minute with a corner shot, leaving the keeper Mitrev helpless. Right before the goal the Romanian player missed after performing a penalty shot after Vutov played with his hand. This was the 11th consecutive win for the champions, who are in lead overall with six points in advance of CSKA-Sofia.

Dimitar Dimitrov was not on the field because of a penalty, but he made a couple of changes in the team for this game. Forster and Lukas Sasha played instead of Anicet and Lukoki. The coach decided to choose a 3-5-2 team composition. Renan was the keeper, Forster, Moti and Plastun were the defense line, supported by Cicinho and Natanael from both sides. Dyakov, Marcelinho and Sasha were behind Keseru and Misidjan.

The game began with a minute of silence in memory of the victims of the bus crash on “Trakiya” motorway. Ludogorets were the more active team, and Mitrev had to show his amazing skills as soon as the fifth minute after he saved two consecutive shots from Marcelinho and Keseru. The next attack resulted in Lukas Sasha’s attempt to score, but the ball went extremely close to the gate. Another attack ended with Misidjan’s inaccurate attempt to score. The visiting team had the initiative all the time and most of the action was in the home team’s half. Mitrev saved Natanael’s kick in the 21st minute, and Marcelinho stopped a dangerous pass by Nascimento in the 26th minute. The home team created a nice counter attack in the 35th minute, but Renan saved the situation by stopping Kostov’s attempt to score. By the end of the first half both teams were matched.

The second half began better for Levski. They were constantly attacking during the first five minutes, but after a corner shot Vutov played with his hand in his team’s penalty zone. The ball went to a Ludogorets player who kicked it, but Jablonsky kicked it back just before the goal line. Keseru performed the penalty shot, but Mitrev saved. The keeper intervened two minutes later by diverting the ball before Keseru could attempt to score with his head, but he sent it out instead. Tiam tried to score but was far off target, and after that Figueiredo replaced Paulinho in the 70th minute. A powerful shot by Marcelinho from 25 meters was a very near miss. Prochazka’s attempt from a far distance in the 75th minute was inaccurate. The young player Ivanov replaced Kostov, after which Natanael’s shot from the center managed to go through the entire penalty zone. The Brazilian had the chance to score from the foul point as well, but the ball went into the corner after that. Keseru was the one who performed the corner shot, which was an exceptional one. Mitrev did not expect this and was not prepared for it. The amazing goal was the 20th goal for Keseru in the championship, and it could prove to be crucial for the championship title. Levski’s team captain played very good until the 83rd minute and stood firmly despite Ludogorets’ attacks, but this mistake proved to be fatal for him and his team. 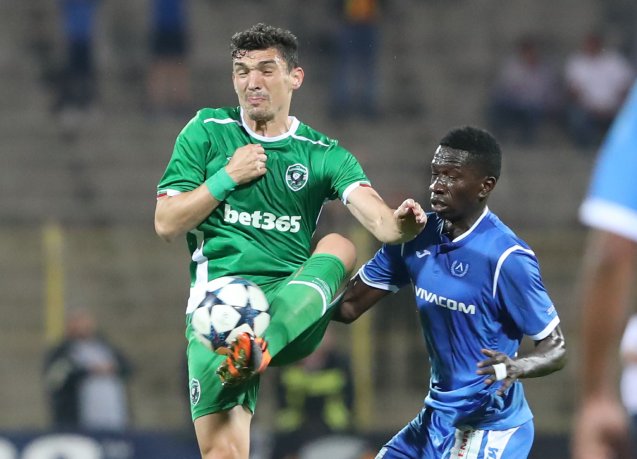