Ludogorets showed class in an epic game against CSKA-Sofia in an important game for the Bulgarian championship title. In front of the amazing... 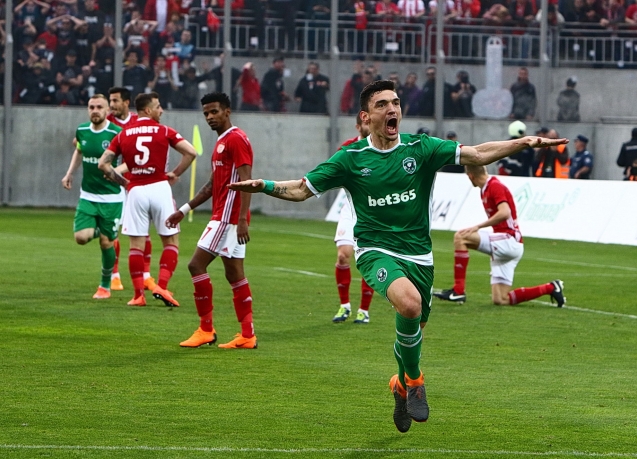 Ludogorets showed class in an epic game against CSKA-Sofia in an important game for the Bulgarian championship title. In front of the amazing audience on “Ludogorets Arena” stadium the champions won 3:2 and now have six points in advantage overall. The visiting team took the lead twice after Despodov and Pinto’s goals, but with Swierczok’s two goals and the third one scored by Keseru, Ludogorets earned their win, bringing a lot of joy to their cheering fans that supported the team throughout the game. The success could have been even bigger, but Misidjan and Keseru hit the woodwork twice.

The game started off equally matched and the first situation was in front of the visiting team’s gate in the 11th minute when Misidjan received the ball from the right and after outplaying Chorbadzhiyski he hit the left gate beam. After that Pinto kicked the ball from about 20 meters, sending it out. The home team had the chance to open the score in the 30th minute after Cicinho passed to Misidjan behind Manolev’s back and the Dutch player tried to sneak in the ball behind the keeper who was already ahead, but it made a ricochet in Chorbadzhiyski’s foot and went into the corner. Ludogorets had another good chance just five minutes later. Natanael passed low but Keseru could not get in control of the ball just a meter before the goal line. The Romanian could have scored with his left foot but decided to score with his heel and wasted a clean situation. Lukoki fouled Tiago in the 45th minute and Despodov sent a powerful shot towards the gate, making the score 1:0.

Dimitar Dimitrov replaced Lukoki with Swierczok during the half time, and he was able to score just six minutes after entering the field. Cicinho passed to Keseru who then passed to Swierczok. The Polish player scored skillfully for 1:1, leaving no chance for the keeper to save. Keseru shot from the foul point in the 55th minute but the ball hit the right beam. Geferson received a yellow card for his foul against Cicinho. Just minutes later he pushed Dykov while the game was paused and was immediately removed from the field. Caranga fouled Natanael in the 61st minute and deserved to be removed as well, but the referee Stanislav Todorov spared him the second yellow card, because he already had one earlier. Instead of doing what he was supposed to, he ordered for Dimitar Dimitrov to leave the bench and the field. Ten minutes later CSKA-Sofia scored again. Gyasi passed to Pinto, who was accurate from about 6-7 meters and Renan had no chance, thus the score now was 1:2 for the visiting team. Ludogorets slowed down their pace a bit, but after Campanharo entered the field after he replaced Dyakov, the home team started to create pressure on the competitor. Campanharo was close to scoring in the 80th minute, but his parabolic kick was skillfully saved by the keeper. CSKA-Sofia had no chance to react when Natanael passed to Marcelinho in the 85th minute, who quickly returned the ball to Keseru and the Romanian player made the score even – 2:2. This really motivated “The Eagles” and they completely reversed the score three minutes later. One of the best players on the field – Misidjan – passed to Swierczok who was quicker than Georgiev and scored his second goal in the game with his head, shaping the final 3:2 and becoming the hero of the game. 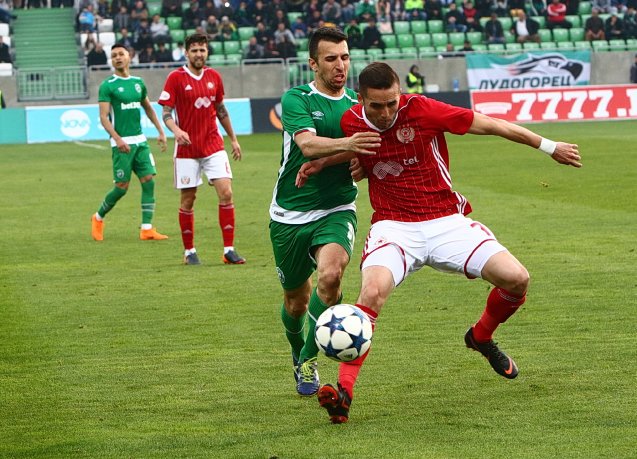