Ludogorets won over Levski at their own stadium after a titanic battle which resulted in three red cards, and “the eagles” being left without a... 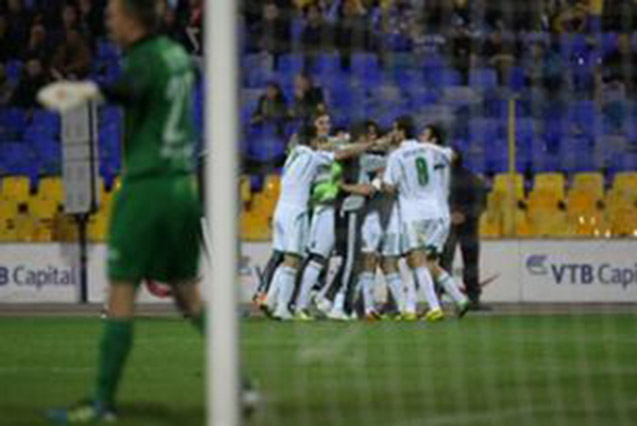 Ludogorets won over Levski at their own stadium after a titanic battle which resulted in three red cards, and “the eagles” being left without a goalkeeper at the end of the match. The only goal in the match was scored by Ivan Stoyanov at the 37th minute, after Miroslav Ivanov’s assist.

The high level of tension between the two teams remained until the end of the match, kept under control by the referee by means of 7 yellow and 3 red cards for both of the teams. After Stoyanov’s goal there was a confusion in the lines of the blue team. At the end of the first part, the hosts’ goalkeeper prevented two more goals for the visitors.
After a mistake of the blue team’s defense at the 41st minute Mihail Alexandrov happened to be alone against Plamen Iliev, who managed to save. After a new attack of the greens Ivan Stoyanov had a chance to score again, but the ball ended out.

In the last minutes of the match the tension got to a boiling point, leading to a lot of rude interventions. The hosts multiplied their attacks but each time Ludogorets’s goalkeeper Uros Golubovi was at the right place, managing to push away the dangerous shots at the goal.
During the additional time the two teams entered in a direct confrontation and the head referee expelled the goalkeeper Uros Golubov, and Hristo Yovov, issuing red cards. Earlier Orlin Starokin was expelled for roughly fouling Ivan Stoyanov during an attack at the penalty area.

„We played the game correctly when it comes to tactics, we waited for our chance to score, having opportunities even for 2-3 more goals. I’m happy that we demonstrated a strong personality and we won.
Luck was on our side, unlike the last three games. We don’t give up on our goal to fight for the championship title”, said Ludogorets’s head coach Ivaylo Petev analyzing the game.
„We saw a lot of direct duels. It was a one of a kind match for the goalkeeper Uros Golubovic, who made some spectacular saves”, commented the Director of Ludogorets’s Youth Academy Ivaylo Kotev.