Botev got off with only 3:0 against Ludogorets

Ludogorets finished with a result of 3:0 against the team of Botev Vratsa, having total supremacy in the game. 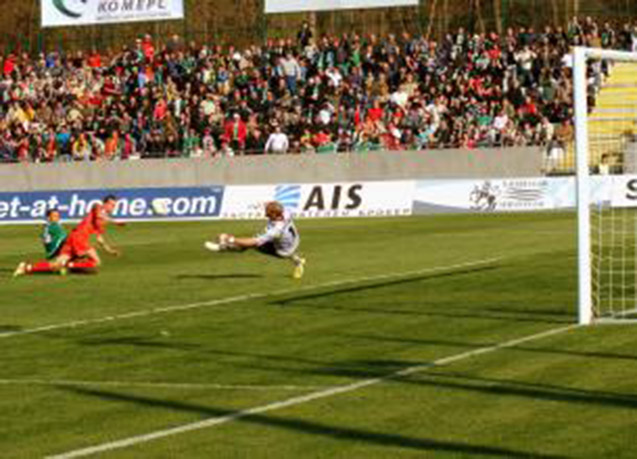 Ludogorets finished with a result of 3:0 against the team of Botev Vratsa, having total supremacy in the game. “The eagles” shoved the visitors in their own half and from the first referee signal until the very end they controlled the game.
The scoring was opened in the 9th minute when Ivan Stoyanov was leaded by Emil Gargorov for 1:0.

The ludogorians continued putting pressure and the attacks at Hristo Mitov’s goal were raining down during the entire first part.
In the 14th minute Ivan Stoyanov was fouled in the penalty area by a player of the opposing team. Head referee Hristo Ristoskov awarded a penalty kick. The captain Emil Gargorov took a shot, but the goalkeeper saved. After two more missed shots by Ivan Stoyanov and Miroslav Ivanov, Hristo Mitov saved another dangerous shot by Stanislav Genchev.

“The green team” organized attacks of multiple moves in the 33rd and the 39th minute, but Mitov was at the right place again. Radek Petr, who played convincingly his first entire match as a part of the starting eleven, knocked out two dangerous shots at his goal.

The ludogorians’ tactics were rudely hold back by the visitors during the second part. In the 68th minute Miroslav Ivanov was tripped in the penalty area and the head referee awarded a penalty kick, excellently performed by Ivan Stoyanov.

Marcelinho, who entered in the second part, for the first time after his injury, took a dangerous shot in the 76th minute, but couldn’t score. However, a minute later the captain Gargorov took a precise shot for 3:0.„My congratulations to Ludogorets for the victory. I have no claims about the awarded penalty kicks, since there were actual fouls committed by our players”, said Antoni Zdravkov, head coach of Botev. „We deserved the victory, but we made a poor presentation in the final phase of the attacks. We missed a lot of opportunities, but the important thing is that we ended up as winners”, said Ludogorets’s head coach Ivaylo Petev analyzing the match.