Historical success: Ludogorets is going to the Cup of Bulgaria finals

Ludogorets won with 4:1 against Septemvri Simitli, deserving the right to go to the finals for the Cup. 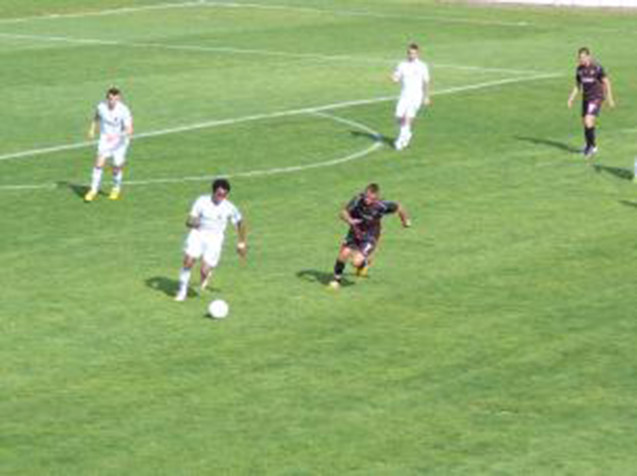 Ludogorets won with 4:1 against Septemvri Simitli, deserving the right to go to the finals for the Cup. “The executioner of CSKA” couldn’t show any resistance to “the eagles”, the only goal scored in their favour being an own goal after a mistake of Tero Mantyla.

The players of Ludogorets opened the scoring in the 36th minute – after a through ball by Marcelinho, Kabasele took a shot, the goalkeeper Veselin Ganev cleared the ball, but Ivan Stoyanov took advantage of the situation and kicked the ball into the goal. Christian Kabasele scored the second goal of the match after Ivan Stoyanov’s pass for Kascelan. The Belgian youth national team player took the ball and sent it into Ganev’s goal. A missed shot by Stanislav Genchev, who hit the goal post, stopped the guests from deciding the game’s result in the 59th minute.

Tero Mantyla’s own goal several minutes later intensified the hosts’ resistance, but the guests kept their predominance until the end of the match. Two more scores made Ludogorets’s leadership uncontestable. Ivan Stoyanov showed class once again, making a double pass with Kabasele in the penalty area in the 76th minute. He waited for the best moment to attack the goal and he scored his second goal in this match.
The final goal was scored by Mihail Alexandrov, who took advantage of a situation, scoring with head from near.