Ludogorets and Olympiacos came to a 1:1 score in the third game of “The Eagles” in Austria. Fortunis opened the score in the 34th minute. Marcelinho... 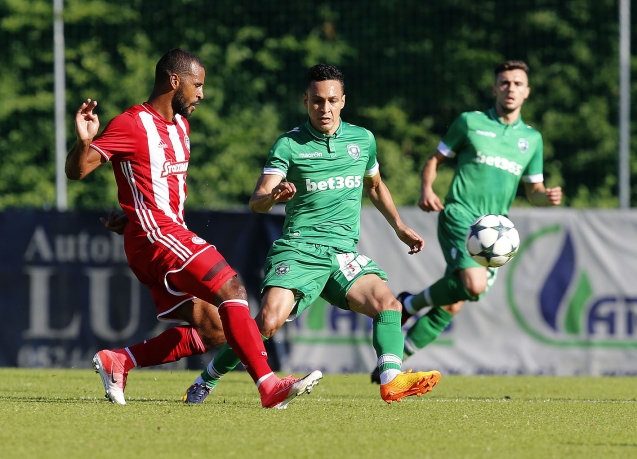 Ludogorets and Olympiacos came to a 1:1 score in the third game of “The Eagles” in Austria. Fortunis opened the score in the 34th minute. Marcelinho made the score even a minute before the half-time with a beautiful shot from the border of the penalty zone. The game offered quality football and both teams strived for the win the whole time.

In the beginning of the game Misidjan tried to pass through Olympiacos’ defense, but they stopped him eventually. This was the first goal situation in the game. In the 9th minute a curious situation occurred – Renan went towards the corner of the penalty zone and Plastun accidently tripped him. The gatekeeper fell badly and even touched the ball with his hand outside of the zone. However, “The Eagles” did not experience a bad consequence. In the 17th minute sparks flew on the field, when Cicinho and Marcelinho had a confrontation with the defense player Alberto Botia. Nothing interesting happened until the 34th minute, when the midfielder Kostas Fortunis scored in Renan’s gate for 1:0. A mistake by Cafu in the center allowed Olympiacos to perform a counterattack which puzzled Ludogorets’ defense. Thanasis Androutsos found Fortunis on the border of the penalty zone and seconds later Olympiacos was in the lead. This is the first goal in Ludogorets’ gate since the beginning of their summer games.

The goal was the reason for the tempo to rise up. In the 44th minute Cafu passed the ball to Marcelinho and he scored for 1:1 with a beautiful shot. The N84 player left no chance for the gatekeeper and sent the ball in the upper corner of the gate.

In the 55th minute Seba was close to a goal, but the attacker of the Greek record holding team was not accurate. In the 68th minute Lukas Sasha tried to overthrow Olympiacos’ gatekeeper from the center, but unlike David Seaman from Saragosa, Stefanos Capino did not let the ball in the net and kicked it into a corner. In the 77th minute the team from Razgrad performed their best attack – after a few quick passes Junior Quixada found himself in a perfect position to score, but he failed to receive the ball accurately, sending it out. The game finished without a third goal.

The next game for Ludogorets in Austria is on 28th of June against Universitatea Craiova. 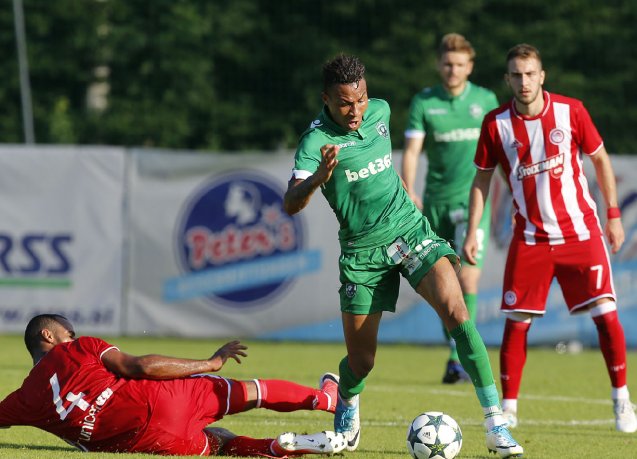