“The Eagles” defeated the sixth team overall in the Romanian championship

Ludogorets achieved a new victory during their training in Austria. “The Eagles” defeated 1:0 Universitatea Craiova – the sixth team in the overall... 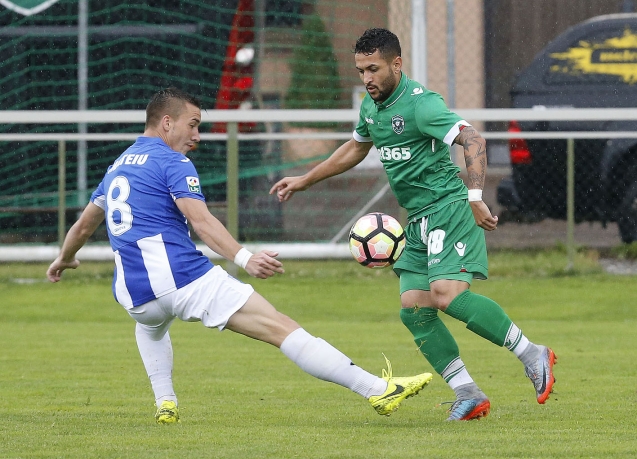 Ludogorets achieved a new victory during their training in Austria. “The Eagles” defeated 1:0 Universitatea Craiova – the sixth team in the overall rating in the Romanian championship. With the new victory Ludogorets remains undefeated two weeks before the official start of the season with the games against Zalgiris. The champions have three victories and one even score in their four games in Austria so far.

The pouring rain set the game quality during the first part – there was a battle for the ball between the two teams. Ludogorets was trying to set the pace but the Romanians had an aggressive manner and reacted at the beginning of almost every attack by “The Eagles”. This is why there wasn’t a real goal situation during the first 45 minutes. As a matter of fact only one situation will be remembered - in the 12th minute Misidjan shot from the corner, but Quixada could not catch the pass in front of an empty gate. The Romanians replied with a beautiful long shot by Mateu, who caught the ball from an rectangle position and it passed a few centimeters over the upper gate beam.

During the second half the quality of the game improved while the rain stopped pouring so hard. In the 50th minute Lukoki scored with a shot from the left side of the center, but the goal was overruled due to a very arguable offside. Three minutes later Universitatea Craiova was close to scoring. Andrei Ivan shot skillfully from the border of the penalty zone and Renan thought it is going out, but the ball hit the upper gate beam.

In the 76th minute Ludogorets created a serious threat for their competitor’s gate after a nice attack. The ball went from Cafu to Lukas Sasha, and the Brasilian shot towards the far angle of the gate, but the gatekeeper kicked it into a corner. In the last minutes of the game “The Eagles” improved their tempo and pushed hard on their rival. They created one attack after another, showing off their good physical preparation. In the 81st minute Cafu had an excellent chance to score, but the former Litex and Ludogorets player Alexandar Bart was able to save. In the 86th minute Marcelinho tried to pass between two of the defense player of the competitor, but one of them tripped him, which was a undisputable penalty. The shot was executed by Cosmin Moti, who did not let any mistakes and scored in his former teammates’ gate, making the score 1:0. 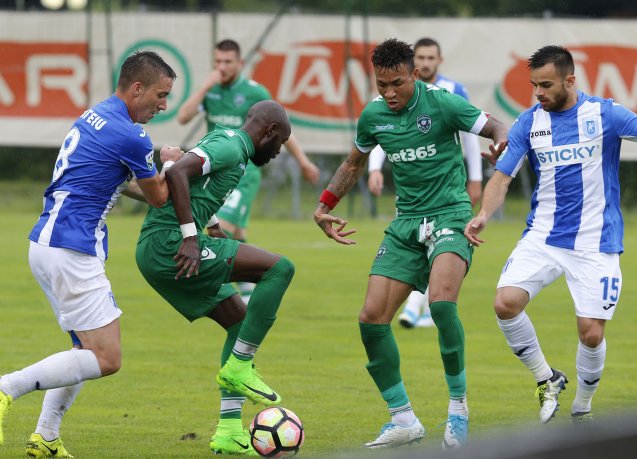