Ludogorets took down Zenit in a strong game

Ludogorets has no mercy in their summer games. After scoring a total of 23 goals to Rodopa Smolyan and Eurocollege, they defeated 2:0 Gabala and... 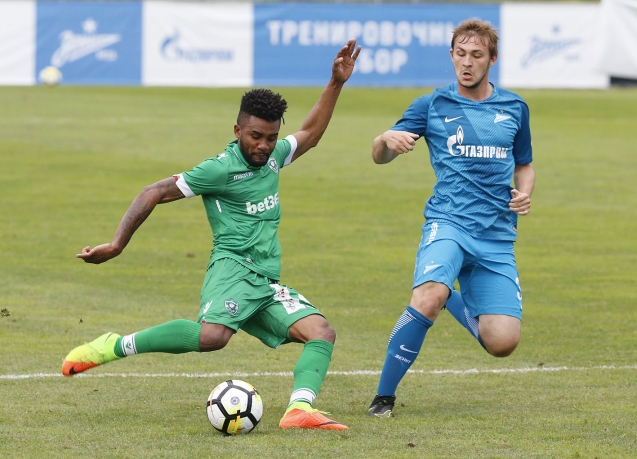 Ludogorets has no mercy in their summer games. After scoring a total of 23 goals to Rodopa Smolyan and Eurocollege, they defeated 2:0 Gabala and after that the Russian team Zenit – the team from Sankt Peterburg lost 1:0.

In the 6th minute Cafu missed a chance to score from a close distance. After a shot by Wanderson from the center, Anicet hit the ball with his head and passed straight to Cafu’s feet. The attacker did not expect such an accurate pass and did not manage to score. In the 13th minute the Russians were close to goal themselves, but luckily Dzyuba’s shot with his head hit the gate beam.  Two minutes later Ludogorets’ luck stroke again after Dzyuba shot again, this time with his left foot, but the ball again hit the beam – the upper one. Ludogorets quickly pulled together and created a nice attack which brought results. In the 23rd minute Svetoslav Dyakov passed skillfully to Sisinho, and this pass went through the other team’s defense. The right fullback had no trouble scoring the first goal in Yurii Lodigin’s gate. Four minutes later the Bulgarian champion had the chance to double the score when Anicet went ahead and passed the ball to Marcelinho, who shot very strong with his left foot. After receiving it, Wanderson missed the chance to score from a clean position. A little before the end of the first half Dyakov was injured, which allowed one of the other team’s players to pass to Kokorin, who was alone against the gatekeeper, but Renan managed to handle him.

In the 75th minute the Montenegro native Djordjevic went alone against Renan, but the Brasilian had excellent reflexes and kicked the ball out. In the very end of the game the replacement player Joao Paulo had an opportunity to add to the score, but his position was not very good and he did not manage to find the gate with his shot.

On Monday “The Eagles” will have another prestigious game – against the Greek Olympiacos. 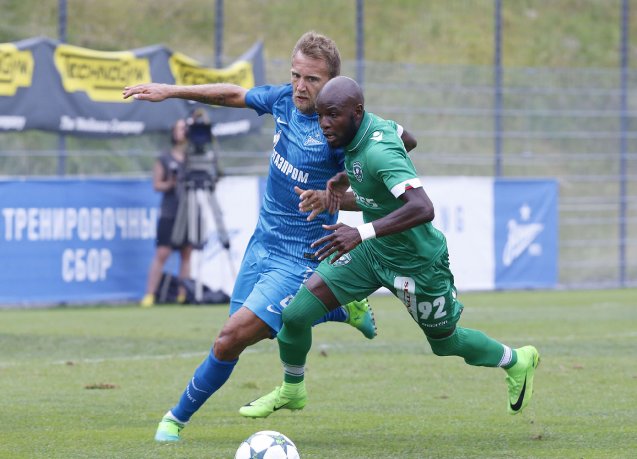