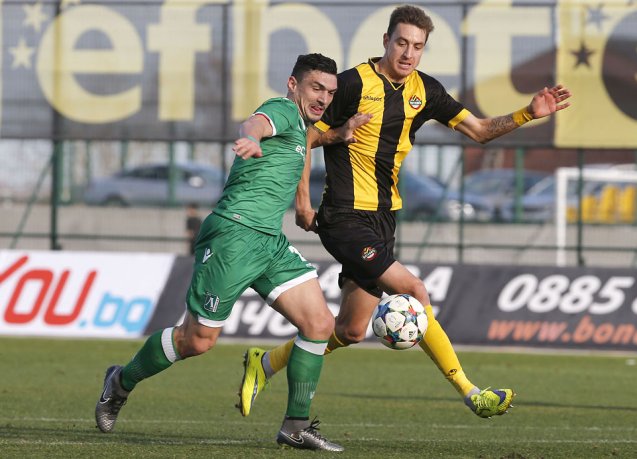 Ludogorets continued their great performance under Georgi Dermendzhiev’s management. “The Eagles” registered third consecutive win after defeating Botev in Komatevo with 1:0. Claudiu Keseru became the hero for the champions. The Romanian gave himself the perfect gift on his 29th birthday with a goal in 29th minute. He already has 9 goals in the league.

Dermendzhiev started with the same team that beat Beroe 5:0 on Friday

As early as in the 4th minute Ludogorets had an excellent opportunity to score. Svetoslav Dyakov gave a great through ball to Claudiu Keseru which found him one on one with Victor Golas, but his shot met the goalkeeper. Botev replied with an attack of multiple moves, but unfortunately for the fans of the hosts Mariyan Ognyanov didn’t manage to pass to his teammate and Vlado Stoyanov caught the ball. Most of the attacks by “The Eagles” were down the left flank involving Natanael and Wanderson. Thus in the 22nd minute the back crossed to Cafu and Golas was late. However, the goalkeeper managed to catch the ball. In the 29th minute Ludogorets took the lead. The brilliant cross by Natanael found Keseru who’s header was accurate – 1:0.

In the second half Ludogorets once again were controlling the game. Georgi Dermendzhiev’s players played very well in defence and didn’t give a lot of chances away to the hosts. However, in the 67th minute Rahavi Kifouéti who was the most active player in the team crossed with his left foot to Mariyan Ognyanov. However, his header was poor and it was easy for Vlado Stoyanov to catch the ball.
In the second half Ludogorets did some sweeping counter-attacks, but they did not put on danger Victor Golas. During the first one Natanael took the ball from Kifouéti and dashed forward. He tried a pass to Wanderson, but the ball deflected off the reserve Jody Lukoki, who was offside. During the second counter-attack Wanderson broke through the half of Botev and passed to Abel Anicet, but he was too slow and in the end nothing interesting happened. In the 90th minute the hosts had an opportunity to score. After a long ball in the penalty area it reached to Plamen Nikolov, who shoot at Vlado Stoyanov’s goal, but the ball deflected and it was an easy catch for the Bulgarian footballer of the year for 2014. In the additional minutes of the game Wanderson could have scored second goal as Lazar Marin underestimated the situation and the Brazilian stretched his leg. However, Golas caught the ball. 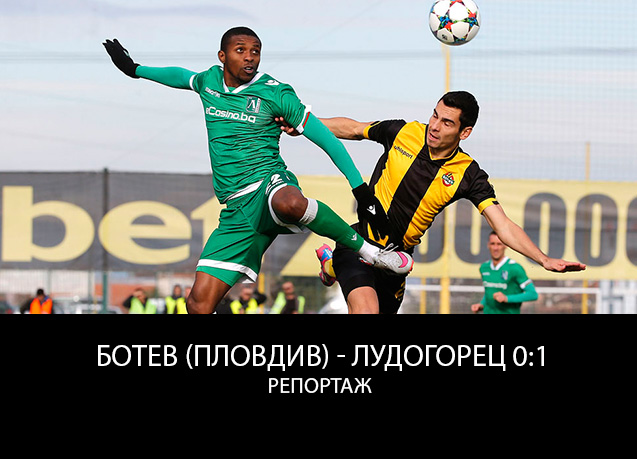