Ludogorets outplayed, but didn’t manage to defeat Litex in the derby of the 19th round of A group. The game finished 1:1 and the champions who had... 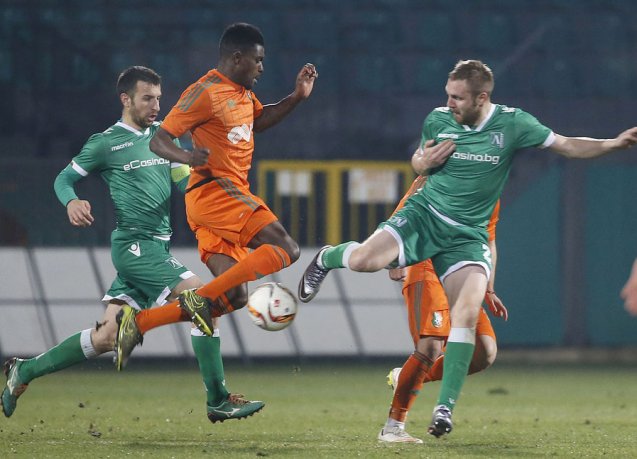 Ludogorets outplayed, but didn’t manage to defeat Litex in the derby of the 19th round of A group. The game finished 1:1 and the champions who had more clear chances should be more disappointed because of the missed victory. Although they did not manage to win “The Eagles” kept the first place with 35 points as much as Levski, but Razgrad players have better results in the games between the two sides.

Georgi Dermendzhiev did not made a single change in the team for a third consecutive game. Vladislav Stoyanov started in goal. The defence was comprised of Minev, Kerchev, Moti and Natanael. The captain Svetoslav Dyakov and Lucas Sasha were defensive midfielders and in the attack played Johnatan Cafu, Marselinho, Vanderson, as well as the goalscorer Claudiu Keseru.

In the first minutes both sides were very cautious and it was more important for the players not to make any mistakes. The only chance of Litex was e good cross by Danilo Asprilla, but it was blocked perfectly by Kozmin Moti. The players of Ludogorets gradually took the initiative and started to play way better than the home team. In the 20th minute Marselinho wonderfully slipped through Petrus Bumal and passed to the uncovered Wanderson, who shoot the ball wide. Five minutes later there was a new clear chance for “”The Eagles”. Lukas Sasha started an attack and gave an excellent through ball to Keseru. However, the Romanian forward shot very poorly, straight into the body of Vinicius Barrivieira. In the 29th minute Keseru gave a through ball to Wanderson on the right, the Brazilian went forward, but shot the ball wide. Seconds later Cafu produced miss of the season. Wanderson was brought out perfectly behind Litex’s defence, but instead of shooting he delivered a skilful pass to his uncovered countryman. However, Cafu did not manage to kick the ball properly and it went out. In the 41st minute Lucas Sasha could have scored a true masterpiece. He received the ball in front of the penalty area, stepped it and dribbled two defenders then he shot, but wide.

Litex’s players started the second half more motivated, but nothing really happened. But only seconds later after the game resumed there was a good opportunity for Danilo Asprilla. The Colombian who had very poor performance against “The Eagles” hit a defender. Logically, in the 53rd minute Ludogorets scored. Asprilla blocked a pass by Dyakov with a hand and the referee Ivaylo Stoyanov awarded a foul. Keseru and Marselinho stood behind the ball, the Romanian feinted to go for the ball. However, Marselinho took the shoot, but it rebounded into Strahil Popov’s body and landed in the opposite corner of Vinicius – 1:0 to the champions. The goal stimulated Ludogorets and within a few seconds Claudiu Keseru and Lucas Sasha tried to score, but both shot off target.

Litex’s opportunities were rare and Georgi Dermendzhiev’s players completely dictated the game. In the 68th minute the referee saw a foul by Yordan Minev against Anton Nedyalkov. The right back also received a yellow card. Arsenio crossed and Strahil Popov with a backheel send the ball into Vlado Stoyanov’s net. “The oranges” who scored with their only attempt on goal had a piece of luck.
In the 77th minute Yordan Minev received a second yellow card and left the team with a man less. He committed a foul in the center of the field against Kiril Despodov and Ivaylo Stoyanov didn’t hesitate to send him off. In the remaining minutes it wasn’t obvious which team is playing with 10 men as Ludogorets took full control of the game and there were no interesting situations in front of Vlado Stoyanov’s goal. 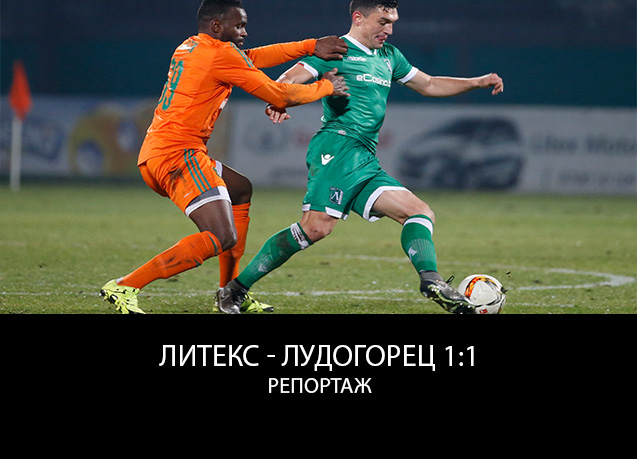