Ludogorets took a star player from Pele and Neymar’s team

Ludogorets achieved very huge transfer two weeks before the start of matches in the European tournaments. The champions signed a right back player of... 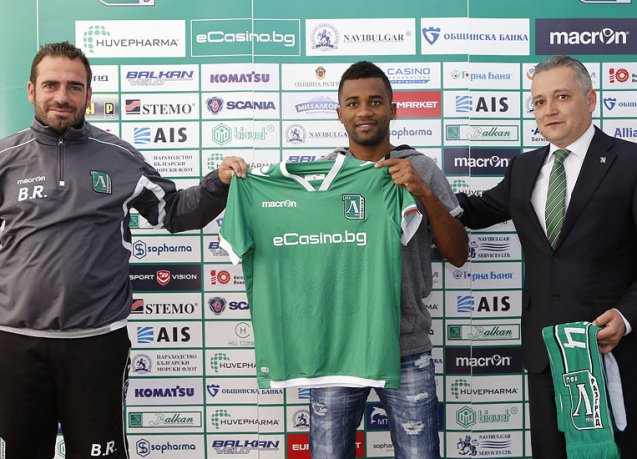 Ludogorets achieved very huge transfer two weeks before the start of matches in the European tournaments. The champions signed a right back player of one of the greatest Brazilian teams – Santos – Cicinho. The 26-year-old defender will replace Júnior Caiçara who was sold to Schalke 04. After long negotiations, the management of the four-time champion finalized the deal with the Brazilian club and to buy the rights of the player.  Tuesday morning Cicinho signed a contract with Ludogorets in Austria in the presence of the president Alexander Alexandrov after successfully passing his medical examination in Salzburg. After that he held the first training in the base of the champions in Flachau.

In team of Pele, Cicinho played season and a half with one of the biggest stars of contemporary Brazilian football - Robinho, who wore the outfits of Real Madrid, AC Milan and Manchester City.

With Cicinho in the team in 2015 Santos won the Paulista state championship, where were collected most of the big teams in Brazil - Palmeiras, Sao Paulo, Corinthians, Ponte Preta.  At the finals Santos win with 2: 1 against Palmeiras. With the team of Pele Cicinho has 101 games, 4 goals and 6 assists.

In 2013 Santos buy Cicinho from another elite team - Ponte Preta, for 3.4 million euros. The right back plays for a while with the big star Neymar, who at the same time finalized his transfer to Barcelona.

In his career Cicinho played for Brazilenze, Juventude and Remo. The Brazilian is the fifth new player for Ludogorets so far. The champions already attracted Milan Borjan, Lucas Sasha, Tsvetelin Chunchukov and Jody Lukoki. The last will join Ludogorets in Austria on July 1st.