Ludogorets out of Europe

Champions lost the second leg against Misaim in Moldova 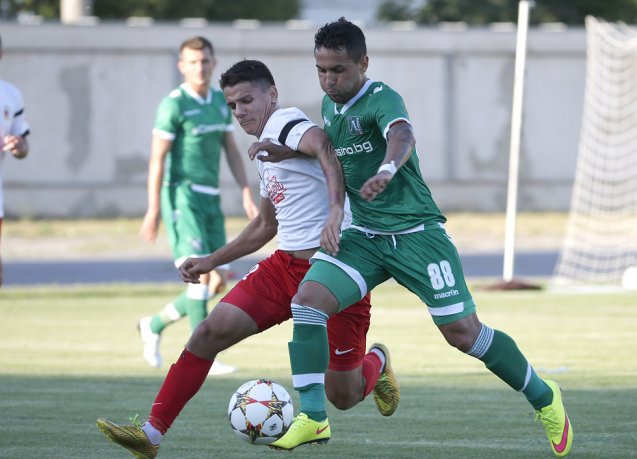 Ludogorets left European tournaments after losing 1: 2 the second match against Milsami in the second qualifying round of the Champions League. A week ago the Moldovans won with 1: 0 in Razgrad.

The match in Orhei began in excellent way for Ludogorets. The Champions acted with confidence and in 20 minutes they created several excellent situations to score. Wanderson, Marcelinho and Virgil Misidjan failed to score while the home team defended with ten men and rarely passed the center. Great attack launched by Prepelita and passed through Kishada and Marcelinho put Wanderson on a clean position and the Brazilian made no mistake. A minute later, the home team equalized with their first attack of the door guarded by Vladislav Stoyanov. The goalkeeper of the "eagles" managed to block the first shot but Andronicus struck with head. In the 38th minute Ludogorets miraculously missed the second goal. Kishada fight for a ball in the middle and let Wanderson stand alone against Mitsui. Milldam's Goalkeeper however saved. After the execution of the next corner the ball came to Misidzhan, who twice shot towards the goal, but in the body of enemy players.

After the break Ludogorets again had superiority, but clear chances on goal were blocked by Mitsui. In the 72nd minute Furriers was sent off for a second yellow card, but that did not help. Prolonged attack of the  "eagles" in 83 minutes ended with a controversial situation in the box of milsami. Marcelinho was brought down, but the referee determines that there is no penalty.

In the 89th minute a counterattack of Milsami resulted in a goal by the reserve Ratsu.