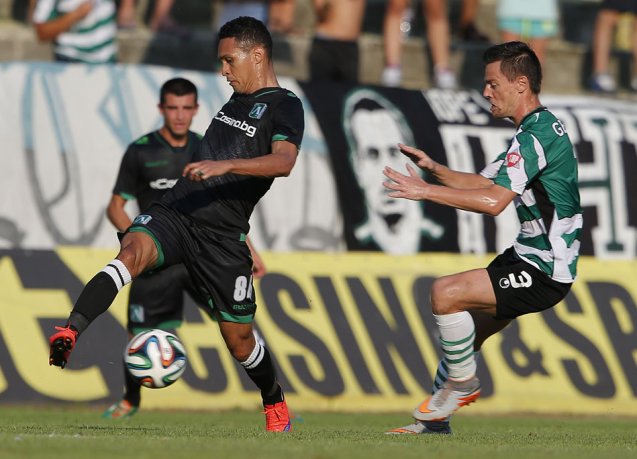 Ludogorets reached first official win of the new season. After three consecutive losses at the start of the season the champions win a victory with 3:2. The match was a derby of the teams that dropped out of  the European competitions.

The game began hammering for Ludogorets, as early as the 10th minute Svetoslav Dyakov gave a great through ball to Marcelinho. The Brazilian slipped through the defense on the "Cherno More" and remained alone against Kitanov and did not leave him a chance - 1:0 for the "eagles". In the 15th minute the champions were able to get second goal by Lucas Sasha when he centered perfectly to Misidzhan, but the Dutchman was stopped by Zhinyo. The players of "Cherno More" had difficulties to organize attacks and hardly threatened Vladislav Stoyanov. However in the 35th minute Venkov shoot the ball, but wide. Shortly thereafter Marcelinho could have scored a second goal after he was set up alone against Kitanov. But he slowed and shot poorly.

At the half time both coaches made one change. Palankov replace Zhinyo while Wanderson came on for Alexander Vasilev. In the 55-minute the "sailors" had claims for a penalty for handball from Cicinho. However, it was not given, and the counterattack Stefan Stanchev knocked invading Misidzhan. On the pitch there was serious melee, then the most active - Yordan Minev and Stenio received yellow cards. In the 63-minute the reserve Wanderson make it 2:0. The goal for Ludogorets fell after a great Brazilian combination in which Marcelinho tapped to Cicinho, he made a great pass to Wanderson that from a close range did not make a mistake. Black Sea does not give up and in the 76th minute Stenio reduced the result. He scored with a spectacular goal with the assistance of Simeon Raykov. After the goal "Cherno More" rushed into attack, but Ludogorets used that and in the 89th minute three players from Ludogorets were left alone against a single player of the "sailors". The reserve Lukoki handed to Wanderson, he tapped to Marcelinho and in an attempt to clear the ball Stefan Stanchev score an own goal  - 3:1 for the "Eagles". The final result was formed by Matio Kuryor who took advantage of a misunderstanding between  Terziev and Moti and left no chance to Stoyanov.

After a week Black Sea is visiting Slavia and Levski will be accepted by
Ludogorets in Razgrad. 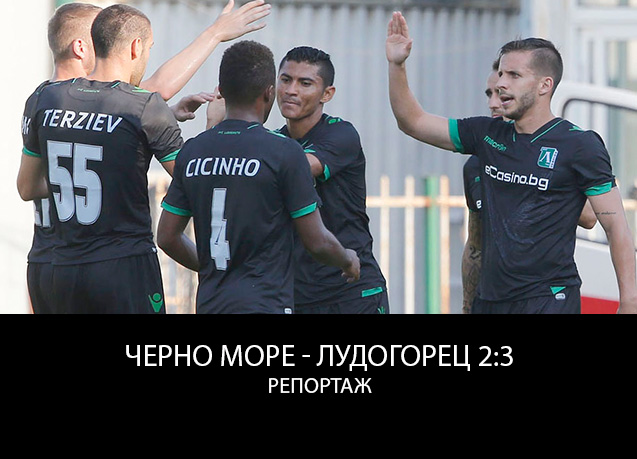