Ludogorets began with a prestigious victory their training camp in Austria. The "eagles" devastated with 3: 2 the third in Russia -... 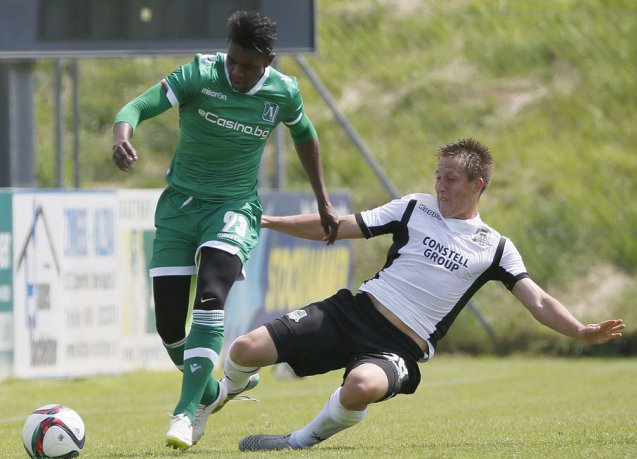 Ludogorets began with a prestigious victory their training camp in Austria. The "eagles" devastated with 3: 2 the third in Russia - Krasnodar. The new coach of the "eagles" Bruno Ribeiro bet on a new scheme - 4-1-4-1. Because of the lack of national players, who have made only a few workouts in Austria, the Portuguese dropped a mixture of youngsters and football stars playing in positions, different than theirs.  For example, Lucas Sasha was a central defender, and Bryan Angulo - left wing. Anicet was acting in front of the defense and Marcelinho and Vanderson were attacking midfielders. The impression was made that the big star of the "eagles" had complete freedom of action.

Well known in Bulgaria –the attacking midfielder Zhoazinyo didn’t play well for Krasnodar.  He is treating severe injury and still has not recovered completely. The former player of Levski watched the game from the bench. Interesting thing was that the Russian team had a player named Wanderson as well.

The first serious threat in the game was in front of Krasnodar. In the 5th minute Virgil Misidjan knotted several Russian players, then shot, but Andriy Dikan managed to save.  The "Bulls" could open the score moments later when Lucas Sasha made a mistake, Francisco Wanderson took his ball and went out alone against Vladislav Stoyanov but the goalkeeper managed to reflect the impact of the Brazilian with his foot.

Ludogorets lead in the 14th minute. Marcelinho let a pass to Vitinha, who centered in the penalty area of Krasnodar, where Alexander Marchenko cleaned the ball into his own net. Ludogorets doubled their lead in the 21st minute. Marcelinho made double pass with Virgil Misidjan who then immediately gave the ball to Junior Kishada, and he did not miss to score. The bulgarian champion scored a third goal in the 31st minute when Brayan Angulo shot from outside the penalty area and left no chance to  Dikan.

Virgil Misidjan was set up alone against the goalkeeper in the 55th minute, but he was able to save and tip the ball to a corner. Five minutes later the Dutchman received a nice pass in the penalty area of the "bulls", but fired in out.

Krasnodar returned to the game in the 62nd minute when Ruslan Bolov with a shot from outside the penalty area of Ludogorets sent the ball into the bottom of the left corner of Ivan ?vorovi?’s door.

In the 64th minute debut for the Bulgarian champion was made by Tsvetelin Chunchukov. However, he failed to shine under the Austrian rain. The Russians scored a second goal in the 67th minute when after a centering into the penalty area of Ludogorets, the scorer Ari rose the ball with his head and sent it in the upper right corner of Chvorovich. Ari could have form a draw in the 76th minute, but his shot was saved by the goalkeeper. Seconds later the Brazilian had another opportunity, but Lucas Sasha managed to tip the ball over the line.

By the end of the game the Russians tried to reach another goal, but failed to create real goalscoring position. The next game of Ludogorets is on July 1 against Romanian Universitatea Craiova. 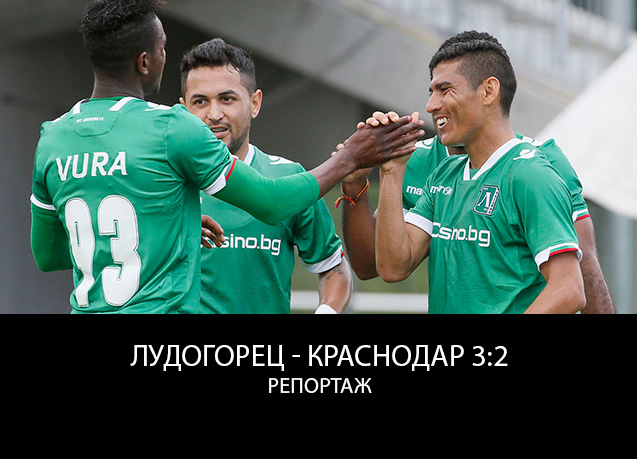