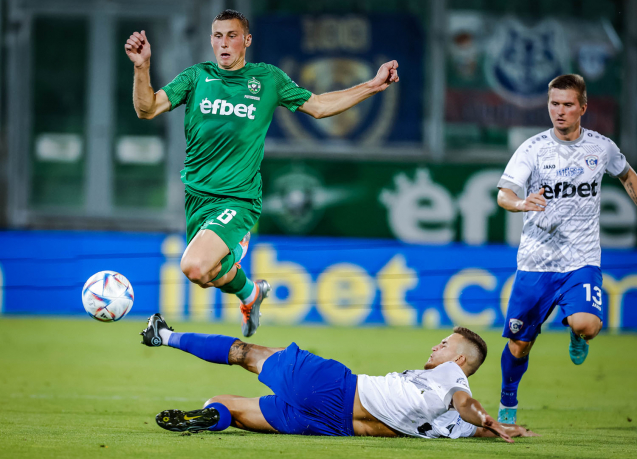 Ludogorets achieved a warm-up win against Spartak Varna before the big match with Dinamo Zagreb. The home team scored the first goal in the 41st second. Tiago outplayed a couple of defenders and sent the ball to Tekpetey who scored easily.

Jonathan scored the second goal four minutes later. This was his first goal as part of Ludogorets. He took advantage of a mistake in the competitor’s defense and send the ball to Tiago in the 12th minute. The latter scored (3:0).

Spartak’s goalkeeper played with his hand outside the penalty zone, but the VAR system ruled that there was no need for a penalty.

The new addition to the champions’ team, Piotrowski, entered the pitch in the second half of the match. Jonathan scored a goal, but it was overruled due to an offside. Cicinho scored in the 76th minute (4:0) after Tiago sent the ball to him. Tiago proved to be the best player during the whole match and scored the final goal. Cauly scored later, but the goal was overruled as well.