Ludogorets lost but continues ahead

Ludogorets qualified for the third preliminary round of the Champions League despite losing 1:2 to Shamrock Rovers. 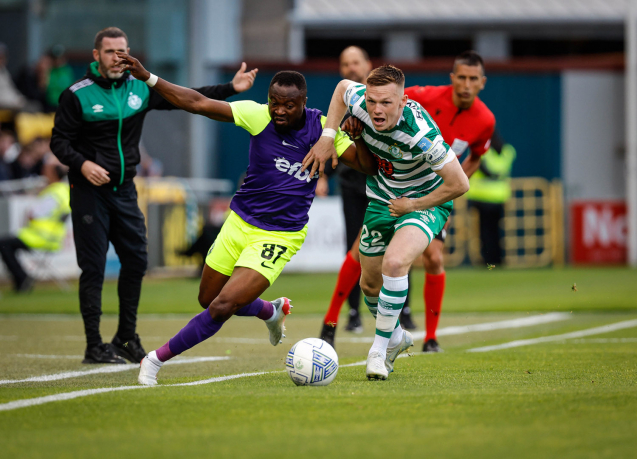 Ludogorets qualified for the third preliminary round of the Champions League despite losing 1:2 to Shamrock Rovers. The champions will stand against Dinamo Zagreb next.

Towel first had a chance to score in the 9th minute. Ludogorets had an equal opportunity three minutes later, but Shamrock’s gatekeeper paid attention.

Shamrock took the lead in the 21st minute. Burk tried to score with his head, Padt kicked the ball back, but Green made no mistake and scored seconds later.

The Irish team applied pressure on the competitors but did not manage to score another goal in the first half.

Tekpetey tried to score in the 32nd minute, but the gatekeeper caught the ball. Padt prevented another goal before the break.

Jonathan and Delev entered the pitch after halftime, replacing Tekpetey and Despodov. Show left the match with two yellow cards in the 51st minute.

The home team picked up the pace and Burk tried to score in the 56th minute, but Padt intervened. Towel simulated injury and got a yellow card in the  65th minute.

Cauly sent the ball to the penalty zone in the 73rd minute. Santana stole it and tried to score, but the gatekeeper did his job.

Cauly outplayed a few Shamrock players ten minutes before the end and decided to shoot, despite seeing Jonathan nearby. As a result, he sent the ball out. Next, Sotiriou passed the ball to Santana, but the midfielder’s powerful shot was not enough to outplay the keeper.

Shamrock added a second goal just two minutes before the end. The home team knew that there would be added time, but it was the moment when Ludogorets created a counterattack that paid off. Cauly scored a goal, enough to send Ludogorets ahead in the battle for the Champions League. The Bulgarian champions have the chance to enter the Conference League as well.