Ludogorets reached the quarter-finals after a goal fiesta

Ludogorets continues in the Bulgarian Cup competition after a 5:1 defeat over Svetkavitsa. 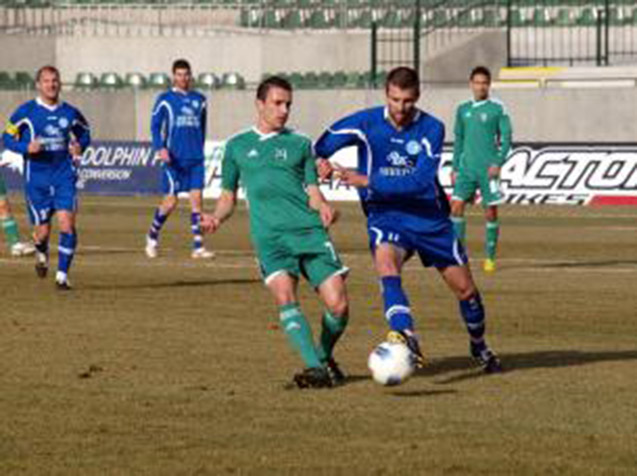 Ludogorets continues in the Bulgarian Cup competition after a 5:1 defeat over Svetkavitsa. In front of 4000 spectators at the Ludogorets Arena, “the eagles” have manifested once again the class they were showing throughout the autumn mid-season.First goal was scored by Stanislav Genchev in the 14th minute. Strikes towards visitors’ goal were hailing during the entire first half-time, yet, not getting into the net. 45th minute, a successful shot for the hosts was executed by Marcelinho, who, a minute earlier had once more attacked dangerously for the rivals.
62nd minute, Emil Gargorov, captain of “the eagles” turned the result into 3:0. Fourth goal was scored after an interesting situation in front of Ivan Georgiev’s goal. Hard kick by Ivan Stoyanov, Svetkavitsa’s goalkeeper lunging forward, caught the ball and then let it slip. Christian Kabasele, having entered as a substitute, took advantage of this and scored 4:0.
The fifth goal for Ludogorets was scored by Ivan Stoyanov in the 71st minute.
The visitors’ goal of honor was achieved in the 75th minute after a direct free kick, taken by Tihomir Krasimirov.
„Ludogorets has some very good players, who are working well together, with self-esteem. It was no surprise that we lost with such a score. They were extremely serious about the match, not underestimating us in the slightest, and they played with their squad”, said at the end of the match Svetkavitsa’s head coach Nikola Spasov.
„I’m contented with the match and with my people. Taking this place is a natural result, and we will keep it the same way in the future.”, commented the hosts’ head coach Ivaylo Petev.