Ludogorets donated 50 000 BGN to the ward of neonatology in Nadezhda Hospital. 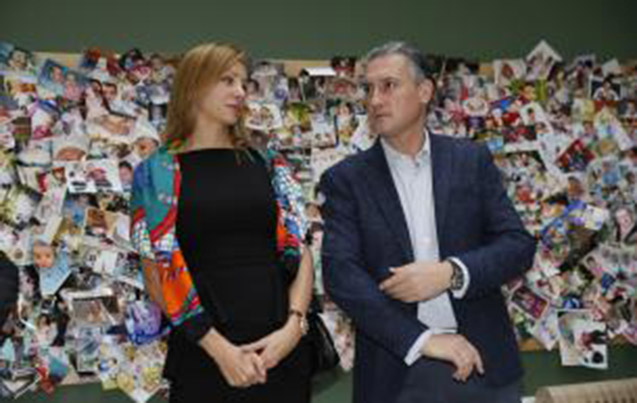 Ludogorets donated 50 000 BGN to the ward of neonatology in Nadezhda Hospital. The owner of the champion Kiril Domuschiev handed the check to the director of the clinic Dr. Georgi Stamenov. To he ceremony which was in the lobby of the hospital, were the wife of Kiril Domuschiev - Kremena, the head coach of Ludogorets Stoycho Stoev and the football players Marcelinho, Svetoslav Dyakov, Hristo Zlatinski, Vlado Stoyanov and Mihail Alexandrov as well. They all came with their wives and got christmas present for their children.

"This is not the first donation that we do in the hospital and it won't be the last one", promissed Kiril Domuschiev.

"After this check, I wish you to have the Cup of Europa League in May", said Dr. Stamenov

Besides check for 50 000 BGN, the hospital management for women health received flag of Ludogorets and ball of the tournament Europa League, signed from all the players. Dr. Stamenov and his team were also prepared with original presents for the bulgarian champion and one was a huge plush bear and the doctors said that is the new talisman of the club.

At the end the team of Nadezhda hospital got scarfs of Ludogorets and badges and didn't miss to take a photos with the players.