Ludogorets with a training on the artificial pitch

Ludogorets did a last training before the derby with the team of Levski. 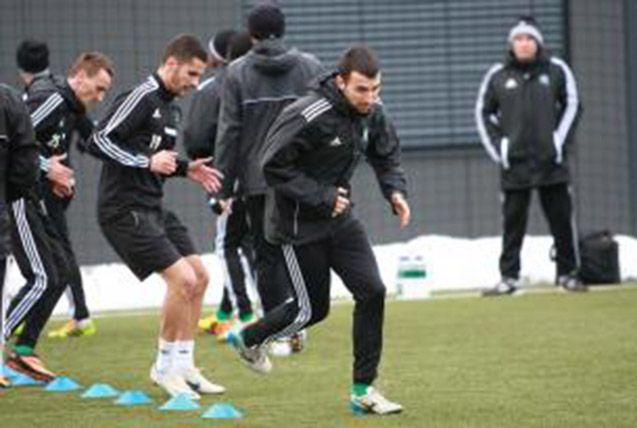 Ludogorets did a last training before the derby with the team of Levski. The match of XXI round for NEWS 7 football championship is on Saturday (7 of Demceber) at 15:15 at Ludogorets Arena Stadium. The training was on the artificial pitch at Sport center Ludogorets. On Friday evening the player are going to a concentration camp.

Michel Platini is the only onbe who missed the training who had a surgery recently.The other players took parte in the preparation and they will be ready for the game with the "blue ones".

After the game with Levski the players will have recovering and from Monday start preparation for their visit to Dinamo (Zagreb) in the group stage of Europa League. The match is on Maximir Stadium in the croatian capital and is on Thursday (12 of December) at 20:00 local time.