Ludogorets made an official presentation of the national team goalkeeper VladislavStoyanov as their new addition. 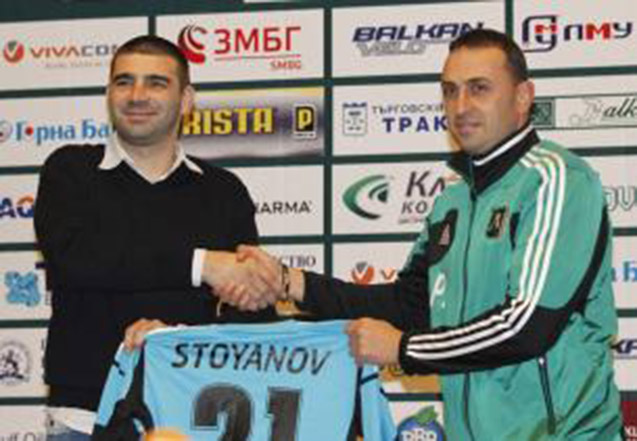 Ludogorets made an official presentation of the national team goalkeeper VladislavStoyanov as their new addition. The negotiations about Stoyanov’s transfer from the Moldovan club Sheriff (Tiraspol) took an entire year. It’s the most negotiated deal of the champions.

"I want to win it all. Otherwise I wouldn’t come here. I’m coming back to the Bulgarian championship more mature, more experienced, with a lot more matches played in European tournaments. Ludogorets is a big team aiming high for a reason. It corresponds entirely to my expectations. I don’t think that a title and a participation in Champions league is something too ambitious for us. I want to play in the most popular football competition again. I’m not worried about the competition for my position, I’m here to prove myself”, said Stoyanov.