Ludogorets now has nine points in advance of the second team overall in the Bulgarian championship after defeating 3:0 Botev. 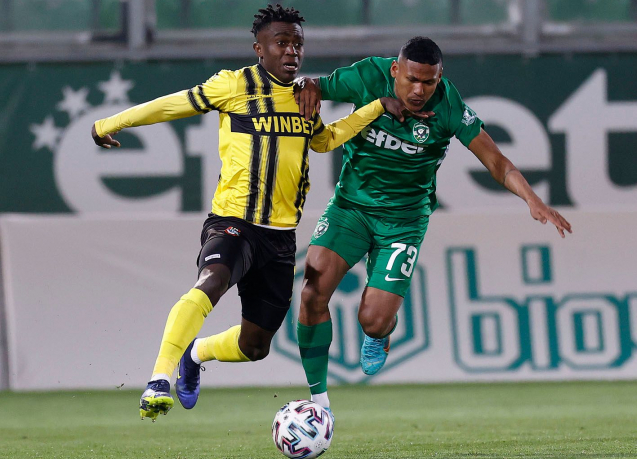 Ludogorets now has nine points in advance of the second team overall in the Bulgarian championship after defeating 3:0 Botev.

The home team applied a lot of pressure, and the guest team tried to respond throughout the match. Still, Tissera managed to score after just a few minutes on the pitch. Nedelev tried to even the score, but Padt intervened. Ludogorets added a second goal before the 20th minute of the match. Plastun sent the ball to Verdon who scored. Tekpetey tried to add the third one immediately after that, but Argilashki saved.

Jonathan hit the woodwork in the 31st minute. Tissera passed the ball to him seconds later, but the Brazilian missed the gate. Show had the chance to score soon after that, but he sent the ball just outside Botev’s gate.

Botev almost returned a goal when Nedelev passed the ball to Baroan who tried to outplay Padt, but the gatekeeper saved. Cauly scored the final goal minutes later during a counterattack.

Sotiriou almost added a fourth goal before the match ended, but he missed the gate.