Ludogorets showed they had what it takes for 2:2 against Rapid Bucharest

Ludogorets showed they had the will power to catch up with the score and draw after 2 goals scored against them, in the friendly with Rapid Bucharest. 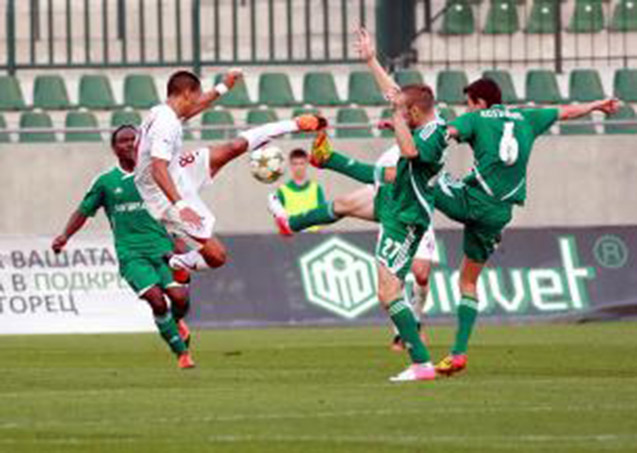 Ludogorets showed they had the will power to catch up with the score and draw after 2 goals scored against them, in the friendly with Rapid Bucharest. The game took place in front of 1000 spectators at Ludogorets Arena, final result – 2:2. As Ivaylo Petev has announced earlier this week, the match was played basically by football player who find place in the first team rather rarely.

The guest team from Romania took the lead in the 13th minute. Ioniţa dribbled into the penalty box and his precise shot ended into the net, behind Uros Golubovic. Shortly after Ludogorets had the possibility to even the score. Burgzorg assisted Roman Bezjak to take a clear position, but the striker kicked the ball out. In the 24th minute Rapid managed to score a second goal. Ilioski used the miscommunication in Ludogorets‘s defense and scored for 0:2. In the first part‘s last seconds Ludogorets managed to score one back. Junior Quixada got free from Rapid‘s defender and scored with his left foot whitout giving Petersen a chance.

Throughout the second half time Ludogorets dominated entirely, while the strikers kept missing one after the other in spite of the many chances of Quixada, Alexandrov and Guela. „The eagles“ finally made a draw three minutes before the last referee signal of Ahmed Ahmed. Franck Guela received the ball on the penalty box line and his precise shot ended up into the net for the final score 2:2.

"We let goals be scored due to serious mistakes of ours. However, we totally outplayed the Romanian team the second half time and we had to win“, commented the coach Ivaylo Petev. 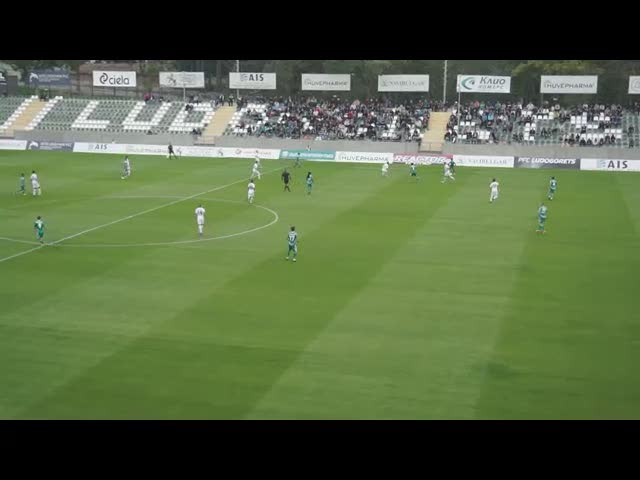