Ludogorets – 13 victories in a row

Ludogorets achieved a convincing victory over Minior, with 3:0. 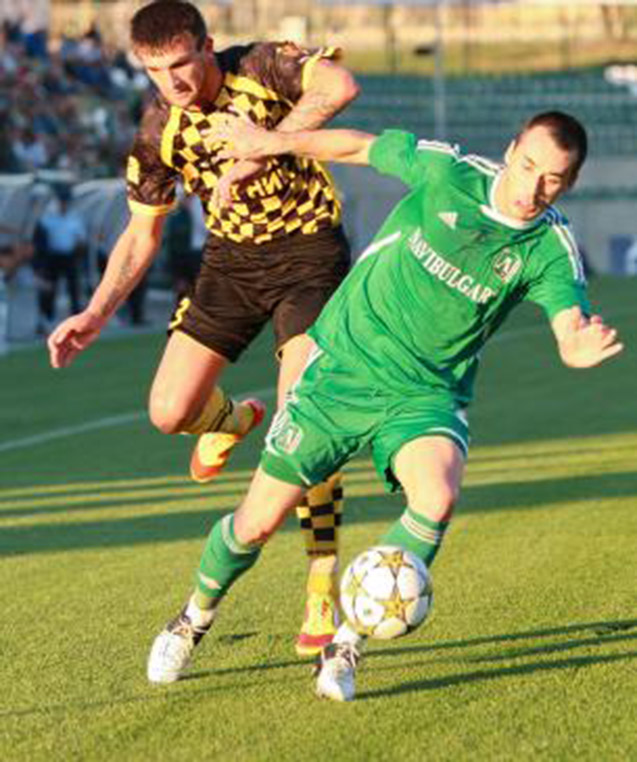 Ludogorets achieved a convincing victory over Minior, with 3:0. It’s the 13th consecutive success of the Champions, 8th since the beginning of the championship. The team from Razgrad is only 2 victories away from First division’s absolute record. Scorers for Ludogorets were Marcelinho, Ivan Stoyanov and Miroslav Ivanov. The last two were scored from penalty kicks due to use of hand, by Ventsislav Vasilev and Bumela. Vasilev was even expelled after clearing the ball from the goal line after Quixada’s kick.

From the very start the hosts, in their well-known line-up, took the lead and goal-scoring situations started coming in front of Nikolay Bankov’s goal. Miroslav Ivanov and Ivan Stoyanov were the first from Ludogorets to miss the chance to start the score. In the 20th minute the referee Martin Bogdev didn’t dare to award a penalty kick to the champions, after Svetoslav Dyakov was taken down in Minior’s penalty box. Shortly after, Ludogorets took the lead in the scoring. After a perfect counter attack down the left flank Emil Gargorov reached the penalty box, eliminated two players with one move, and passed to the speeding Marcelinho. The Brazilian sent the ball into the net. Ludogorets kept pushing, but, surprisingly, couldn’t score another goal. Ivan Stoyanov, Marcelinho and Emil Gargorov missed numerous opportunities. One minute before the end of the first half time the coach Ivaylo Petev took Emil Gargorov out because of a mild muscle strain. Junior Quixada entered in his place. The captain’s injury is not serious and he’ll be fully recovered in a couple of days.

The second part started by another missed shot from Ludogorets. After a well performed attack through the center Ivan Stoyanov ended up on a perfect position, but his shot met the foot of an opposite player, and the ball hit the crossbar. The game was decided in the 52nd minute. After an excellent attack of the hosts, Marcelinho found Quixada into Minior’s penalty box, who got away from the defender and shot into the empty goal, but Ventsislav Vasilev cleared the ball from the goal line. The referee awarded a penalty kick and showed a red card to Minior’s player. Ivan Stoyanov took the penalty kick for 2:0. In the 67th minute the score got classic. The referee Martin Botev awarded a second penalty kick to Ludogorets. After a continued attack Yordan Minev got the ball into the penalty box and tried a side kick, but Bumela cleared the ball. Miroslav Ivanov took the penalty kick with precision – 3:0. Until the end of the match the champions had fun, as Guela and Quixada missed a couple more chances to score.

"Generally, I’m happy with the behaviour of our team today. I think we didn’t give real chances to the opponent. We made some clear goal scoring situations happen, however, we couldn’t score. Another 3 points for our team”, said Ludogorets’s coach Ivaylo Petev. 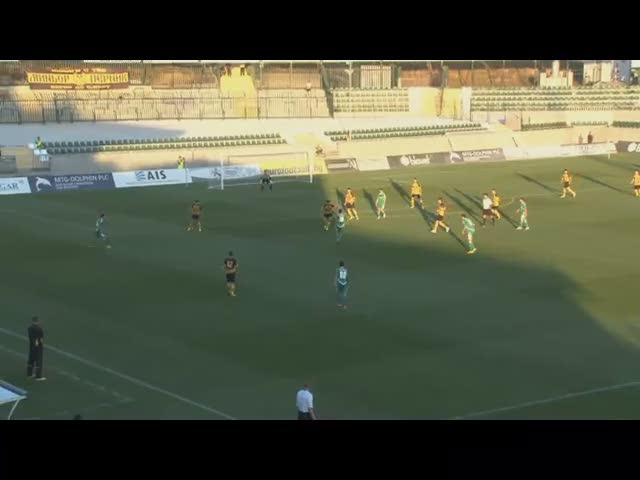