The last two friendly games of Ludogorets on Austrian land will be with Dinamo Bucharest and Rubin Kazan. 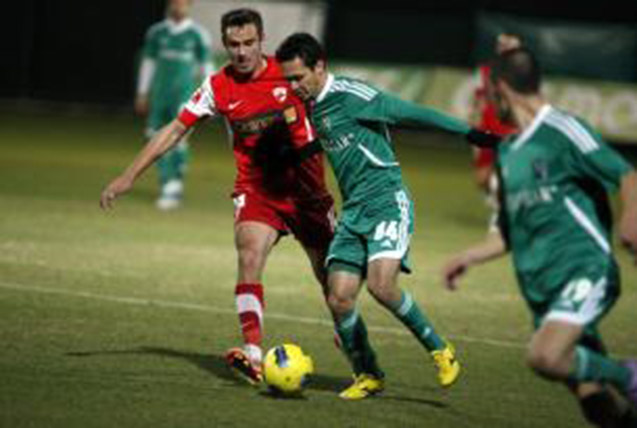 The last two friendly games of Ludogorets on Austrian land will be with Dinamo Bucharest and Rubin Kazan. “The eagles’ “ management waited to find out the team’s opponent for the second qualifying round of Champions league before announcing the sparrings with the two adversaries whose playing is similar to Dinamo Zagreb’s style.

Ludogorets has met the well-known Romanian team Dinamo twice in friendly matches, achieving one victory and one draw. The victorious game was in October last year, ending with 2:1, and the friendly in Antalya – 1:1. The Russian team will be Ludogorets’s opponent for the first time.

Both of the adversaries have a rich international experience. The Russians made a good performance in Champions league. This year they will be playing in the Euro tournaments again, since they won the Cup of Russia. Dinamo Bucharest also placed the Cup of Romania on the club’s shelf.