Determined by the draw of lots – Ludogorets against Dinamo, Zagreb

Dinamo Zagreb shall be the first opponent of Ludogorets in the second qualifying stage of Champions league. 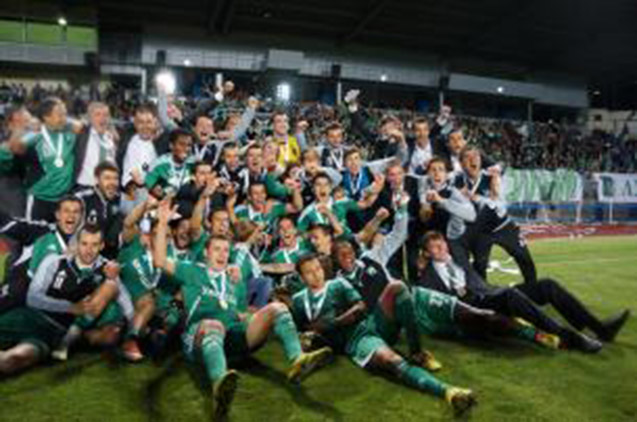 Dinamo Zagreb shall be the first opponent of Ludogorets in the second qualifying stage of Champions league. It was determined by the draw of lots held in Nyon in the presence of the Club’s president Alexander Alexandrov, and the selector Metodi Tomanov. The first match, scheduled for July 18, will be played in Razgrad. The return game will be a week later. If “the eagles” get to eliminate Dinamo, they will be qualified in the next competition round. The team of Dinamo is being a champion of the country for 7 years in a row already, three of these having participated in the group stage of Champions league.

„The most serious and difficult team in our group, we are aware of the kind of opponent standing against us. Our chances are still 50/50. We will seek to eliminate Dinamo Zagreb. We will fight and seek a performance at high level”, this is how the Club’s manager Ivaylo Petev commented the draw. “We will use Franck Guela who can say something more detailed about Dinamo. After all, he was a champion of Croatia. We will try to watch at least two or three games of the squad”, added he. “This won’t change our schedule”, said also Ludogorets’s head coach.

This is Dinamo Zagreb:

Dinamo Zagreb is one of the most populat football teams of Croatia. The team was established in 1911.Changes it's name to "Dinamo" in 1945. The club is 14 times champion of Croatia. The team has won the Cup of the country 12 times. Dinamo has also three participations in the group stage of Champions league.

The team plays its matches at the Maksimir Stadium in Zagreb, which has a capacity of 38 923 seats.