The champions are going to a training camp in Austria

Ludogorets – champion and holder of the Cup of Bulgaria, is going to a training camp in Austria tomorrow. 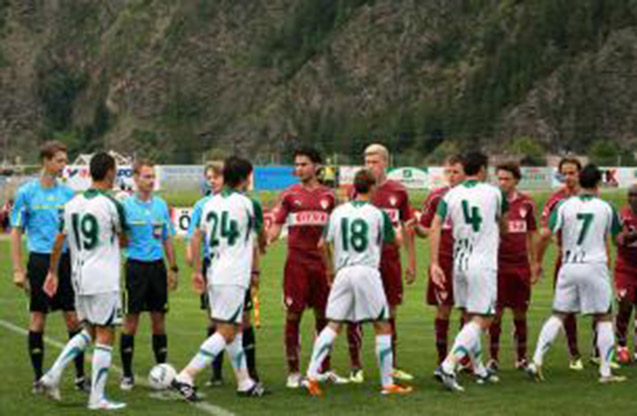 Ludogorets – champion and holder of the Cup of Bulgaria, is going to a training camp in Austria tomorrow. “The eagles” leaded by the manager Ivaylo Petev, will take off at 7:15 h from Sofia, flying to Munich, where the club bus is already waiting to take the players to Austria.
This summer the team will be preparing in Hall in Tyrol again, a small town nearby Innsbruck, where perfect conditions await. Ivaylo Petev’s boys will stay there until July 6 to prepare for the upcoming participation in the Champions league group stage. Tero Mantyla will also join the team. The player missed the camp in Smolyan, since he was part of the youth national team of Finland.

Ludogorets will play four friendly matches on Austrian land – on June 26, June 29, July 2 and July 5. The first two opponents will be the Romanian team Astra, Ploiesti, and the Austrian Swarovski, Wattens. The other two will be announced in the next couple of days.