Ludogorets bought the rights of Kozmin Moci from Dinamo Bucharest

The negotiations between Ludogorets and Dinamo Bucharest over the rights of the defender Kozmin Moci ended successfully. 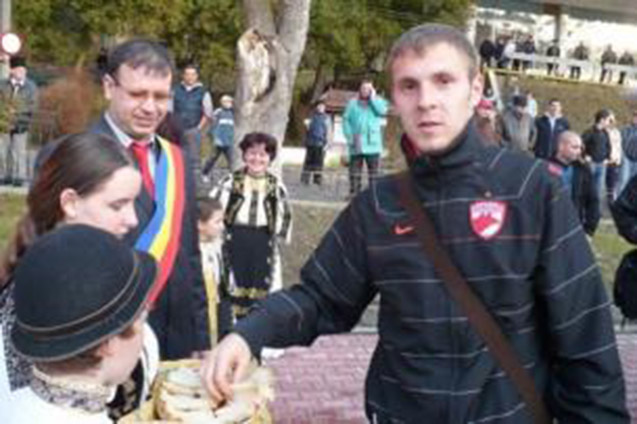 The negotiations between Ludogorets and Dinamo Bucharest over the rights of the defender Kozmin Moci ended successfully. The 27-year old defender passed the medical examinations and signed a 3-year contract with the champions of Bulgaria. Today he will be flying to Austria to join the team’s training camp in Innsbruck.

Kozmin Moci is named one of the best football players of the Romanian championship last season. Besides being one of the main players of Dinamo Bucharest, the defender has also one season played for the Italian Siena. Moci also has matches for the Romanian national team.
Attracting Moci is part of Ivaylo Petev’s strategy for a successful performance at the Euro tournaments and the upcoming season of the Bulgarian championship.