Ludogorets – only 2 points away from the top

With a new victory, this time over Lokomotiv Sofia, Ludogorets is surely getting closer to the top of the A group. 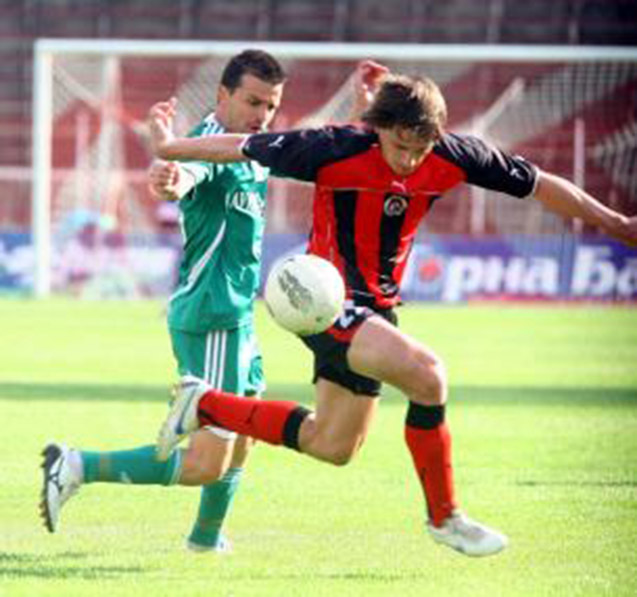 With a new victory, this time over Lokomotiv Sofia, Ludogorets is surely getting closer to the top of the A group. Winning by 1:0 was enough for “the eagles” to add 3 points to their credit and to be 2 points away from CSKA - the current leader in the rank.

The only goal during the match was scored by the captain of “the green team” Emil Gargorov in the 34th minute. Badema broke through the defense of the capital’s team by a 14-meter kick striking down the hosts’ goalkeeper. The goal-scoring opportunities in front of Galev’s goal started in the very 10th minute, when the shots of Gargorov and Marcelinho were blocked by the hosts’ defense.

Ludogorets kept dominating in the next minutes, while the hosts were taking a defensive position. The goalkeeper Galev was busy again in the 22nd and the 23rd minute, when he had to avert the hits of Ivan Stoyanov and Marcelinho.

Logically, a goal was finally scored in the 34th minute, when, after an error of the “railmen”, Gargorov took control over the ball and scored.
The situation for the hosts got even worse at the end of the first half-time when they left with one player less. After a serious offense Alexander Mladenov was awarded a second yellow card.

During the second half-time Ludogorets pressured Lokomotiv Sofia, but they couldn’t score a second goal. Many attacks by Marcelinho, Gargorov and Ivan Stoyanov ended without a goal being scored. In the 80th minute, after another drop kick by Mihail Alexandrov, Emil Gargorov couldn’t score. Two minutes later Alexandrov tried a to make a breakthrough, but the ball got in the hands of the goalkeeper. By the end of the game there was a total 10 yellow cards and one red.