Ludogorets still in the battle for the title

Ludogorets won over Montana with 4:1. The game’s result was sealed in the very first 20 minutes. 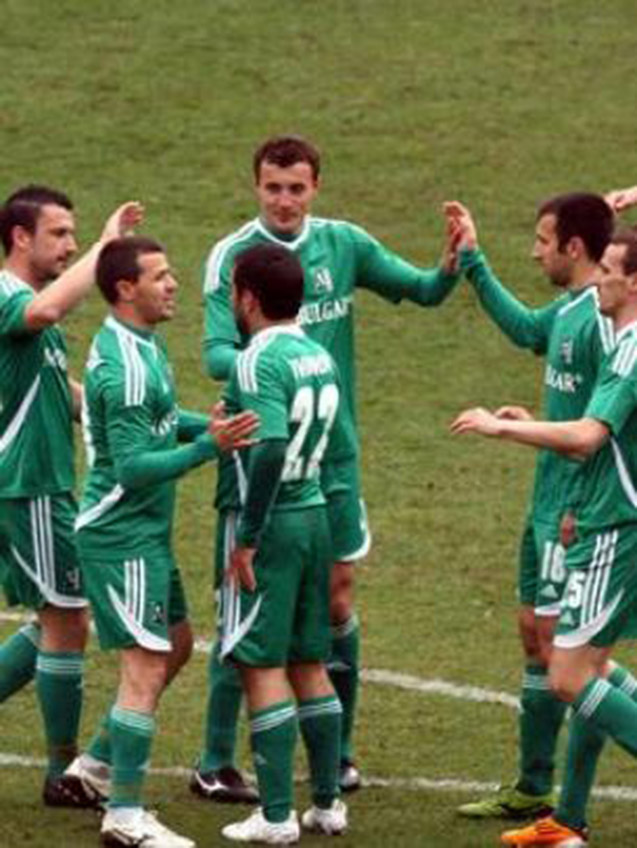 Ludogorets won over Montana with 4:1. The game’s result was sealed in the very first 20 minutes.

“The eagles” started with a “goal from the locker room” by Marcelinho, which, however, was nullified due to an offside.
Emil Gargorov, back in the game after an injury, opened the scoring in the 14th minute with a mastery goal. The captain of “the eagles” hit right into the top corner of the goal after a corner kick.

Ivan Stoyanov, recognized as a goal scorer, contributed with a second hit in the 21st minute, after a throughout pass by Svetoslav Dyakov.

During the second half time, again, the guests were controlling the game, but they missed some opportunities to score. Montana got back in the game after a goal scored by Dimitar Vodenicharov.
The Ludogorians reacted instantly, and just 3 minutes later Ivan Stoyanov scored his second goal, for 3:1.

The scoring was finalized by Misho Alexandrov, who entered as a substitute. In the 80th minute he made a solo breakthrough and hit the goal with a precise diagonal shot.

After today’s hits, Ivan Stoyanov is a sole leader in the scorers’ list, having 14 goals scored.