Ludogorets defeated Beroe after penalty kicks, thus the champions became the last competitor in the quarter finals of the Bulgarian Cup. The regular... 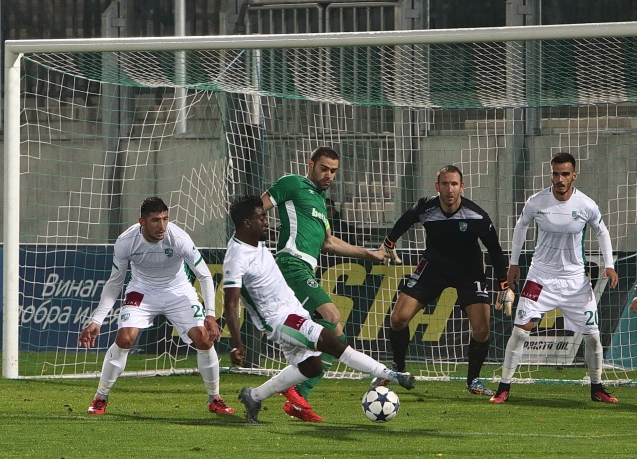 Ludogorets defeated Beroe after penalty kicks, thus the champions became the last competitor in the quarter finals of the Bulgarian Cup. The regular 90 minutes ended with a 1:1 score, after Hadzhiev scored for the visiting team and Campanharo was accurate from the penalty point for the champions. During the penalty shots there were a lot of misses – by Aleksandar Vasilev for Ludogorets and by Martin Rainov and Pavel Vidanov for Beroe. The winning penalty kick was performed by Forster.

Ludogorets’ coach Dimitar Dimitrov arranged the team mostly with replacement players, as well as the youth players Aleksandar Vasilev and Svetlyo Kovachev. The champions practically consisted of 11 new players compared to the composition that defeated heavily Etar with a 4:0 score a few days ago.

The game began with a steady pace and most of the time the home team was in front of Beroe’s gate. Joao Paulo had a good chance in the 16th minute, but Dusan Pernis stopped him. Beroe opened the score in the 24th minute when Anton Karachanakov passed from the corner to Kamen Hadzhiev who easily sent the ball into the gate. This forced “The Eagles” to move more rapidly. Misidjan broke ahead two minutes later but was not accurate. Immediately after this a kick by the young Kovachev made a ricochet in a competitor’s foot and went into a corner. Ludogorets got the right to a penalty kick when Hadzhiev tripped Campanharo, who personally took the shot and the ball went in the opposite angle of where Pernis threw himself.  Misidjan was loose again in the 39th minute and again he sent the ball out. Karachanakov overpassed Vasilev in the 42nd minute and shot powerfully, but Martin Rainov missed the chance to receive the ball just five meters from the empty gate. Joao Paulo also had his chance to score before the end of the first half, but missed.

The second half had fewer situations and Beroe were only eager to make counter attacks. Forster passed to the young Kovachev in the 49th minute, but he missed the gate. Joao Paulo also missed a little later, and the coach Dimitrov decided to replace him with Keseru.  Kovachev shot towards the center iin the 80th minute and Keseru received the ball, sending it with head towards the gate, but it missed by a bit. Kovachev broke through again five minutes later and tried to pass by Vidanov in the penalty zone. The defender pushed the ball with his arm, which was enough for a penalty, but the referee Georgi Dimitrov did not react. Karachanakov went ahead alone in the 89th minute, but he sent the ball out. In the added time Keseru did not manage to receive a pass from Misidjan in the little penalty zone.

Marcelinho went into play during the added time. He passed to Misidjan in the 97th minute behind the defense line’s backs, but the Dutch player sent the ball out.  The champions pushed hard in order to evade penalty kicks, but Beroe were defending themselves well.

Marcelinho received the ball in the 109th minute and send it powerfully towards the gate, but Pernis pushed it outwards to one of the gate beams, which proved to be effective throughout the game. Misidjan also hit the gate beam in the 115th minute. Campanharo and Anicet also allowed a few misses in the very end.

LUDOGORETS - BEROE 1:1 in the regular time

LUDOGORETS - BEROE 1:1 in the regular time 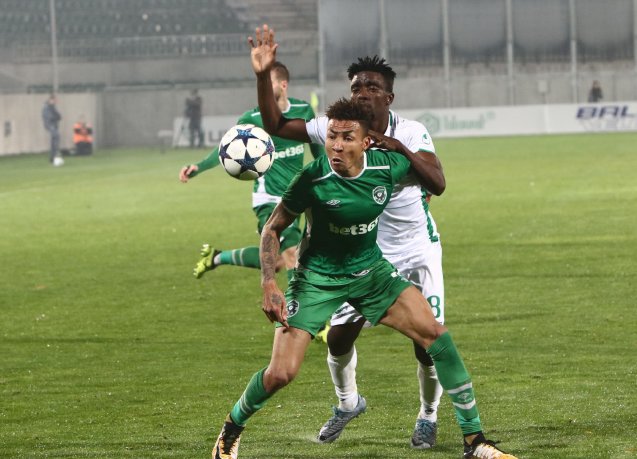